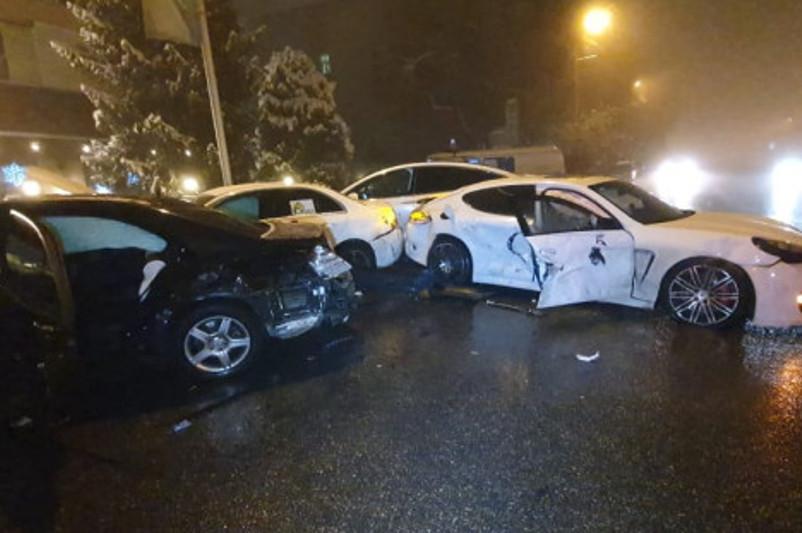 ALMATY. KAZINFORM – Several cars were damaged as a result of the road accident in Almaty city tonight, Kazinform reports.

According to reports, a driver of the Porsche Panamera car crashed into a number of luxurious cars parked along Satpayev Street.

The Almaty police confirmed that one person had been injured in the accident.