7 died, 15 injured as van falls in river in Indian village 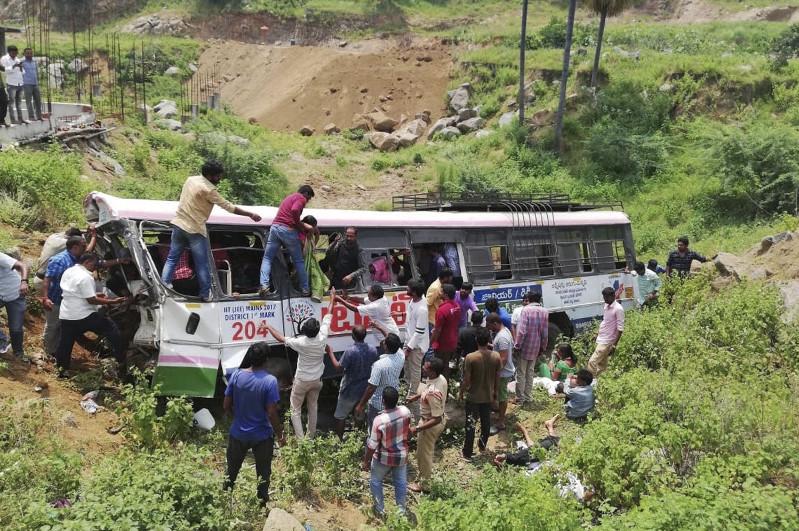 MUMBAI. KAZINFORM Seven people died and another 15 were injured after a van fell off a bridge in a river near Vinchur village, 323 km from Mumbai in Dhule district of the India's western state of Maharashtra on early Saturday, Xinhua reports.

The casualties include two women and five minor kids. All injured have been admitted to the local hospital for treatment of which five are said to be critical, a local police official said.

The accident took place on Dhule-Solapur road shortly after mid-night.

The van was carrying farm labourers to Osmanabad from the neighbouring state of Madhya Pradesh in sugarcane fields.

At the end of every monsoon season that ends in September, half a million struggling subsistence farmers and their families leave their poorly irrigated land behind and travel to states like Maharashtra and Karnataka to work as labourers in sugarcane fields.