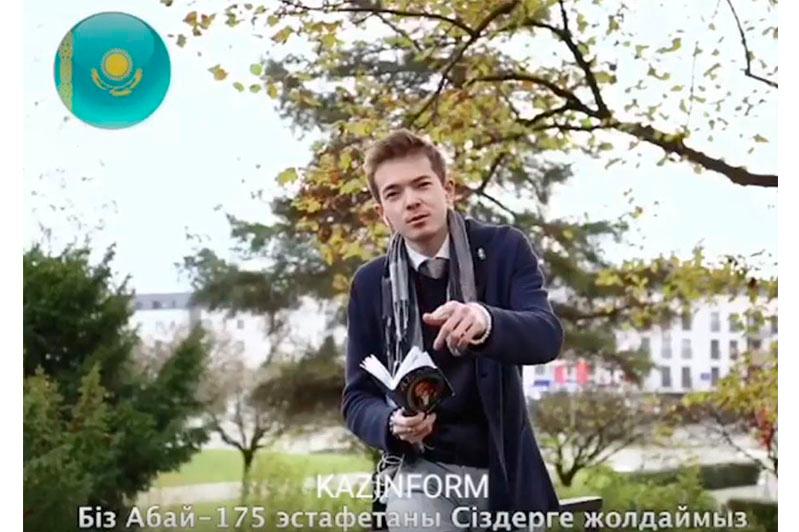 The students of the Glion Institute from Jordan, Spain, Italy, China, Lebanon, and Switzerland recited Abai Kunanbayev’s Kuz (Autumn) poem in their mother tongues. Daulet Urankhayev, a student from Kazakhstan, actually came up with the idea and gave his friends at the institute an insight into who Abai was and what role he played in the history of the country. After that Daulet suggested taking on the poetic challenge in which people of all ages, nationalities and from all corners of the world recite Abai’s poems.

Another Kazakhstani student Beibarys helped the challenge takers film and edit the video.

Recall that Head of State Kassym-Jomart Tokayev signed the decree marking the celebration of the 175th anniversary of great Kazakh poet Abai Kunanbayev on May 30, 2019. The poetic challenge was launched this July. The challenge was supported not only across Kazakhstan, but also in Azerbaijan, Tatarstan, Kyrgyzstan, China, Japan, Uzbekistan, Jordan, France and other corners of the world.

Earlier it was reported that President of the Swiss Confederation Ueli Maurer came to Kazakhstan on an official visit.