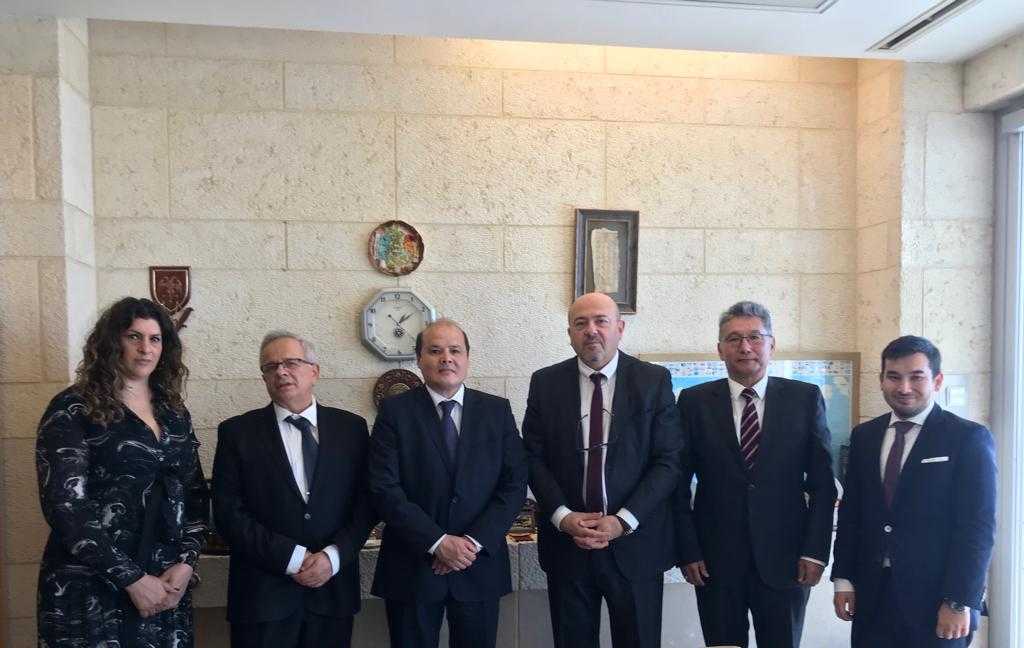 NUR-SULTAN. KAZINFORM Last week, Ambassador of the Republic of Kazakhstan to the State of Israel Satybaldy Burshakov presented copy of his credentials to the Chief of State Protocol of Israel Mr. Meron Reuben.

The Kazakh diplomat met with Deputy General Director of the Israeli Foreign Minsitry Garry Koren, the press service of the Kazakh MFA informs.

The parties praised the level of bilateral relations and emphasized the great contribution of the First President of the Republic of Kazakhstan - Elbasy Nursultan Nazarbayev, to the development of Kazakh-Israeli cooperation.

Ambassador Satybaldy Burshakov informed the Israeli side about the ongoing course of President Kassym-Jomart Tokayev and stressed the main provisions of the Address of the Head of the State to the people of Kazakhstan «Constructive public dialogue – the basis of stability and prosperity of Kazakhstan». The Ambassador has handed over the Israeli text of the Address to his Israeli colleagues.

The sides have reached the agreement on further promoting cooperation in the political, trade, economic, cultural and humanitarian spheres, including innovationsm education, healthcare, tourism, as well as establishing direct flights between the two countries.