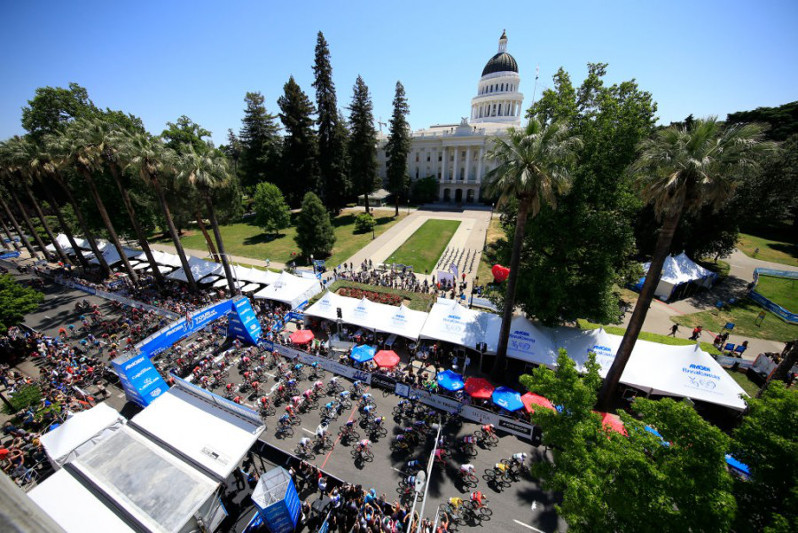 NUR-SULTAN. KAZINFORM - The first stage of the 2019 Amgen Tour of California finished in a bunch sprint with Peter Sagan being the fastest sprinter of the day. Before the finish in the streets of Sacramento, Laurens De Vreese showed himself in the day's breakaway, Astana Pro Team's press office informs.

"We had some bad luck with our sprinters today, as Magnus Cort had to change his bike in the penultimate local lap and Davide Ballerini didn't have the legs today. But that's how it is, in the end, it was good to see Laurens De Vreese showing himself in the breakaway. We're looking forward to the stages to come, there will be more chances for a good result coming up. We're motivated to finish this Amgen Tour of California with one or more successes as a team," said sports director Dmitriy Fofonov.

With start and finish in Sacramento and a flat profile, stage 1 of the Amgen Tour of California was made for a bunch sprint. A break of five riders, including Laurens De Vreese took off. After finishing third in the intermediate sprint, De Vreese dropped back to the peloton to work for Davide Ballerini and Magnus Cort. The final rider of the break was caught before going into the final three local laps. Before the bunch sprint, Magnus Cort had to change his bike and he was not able to return in the pack. In the final sprint, it was Peter Sagan claiming the stage win and the race lead. The first rider of Astana Pro Team to finish was Davide Ballerini, finishing 24th.