At least 77 injured in traffic accident in Hong Kong 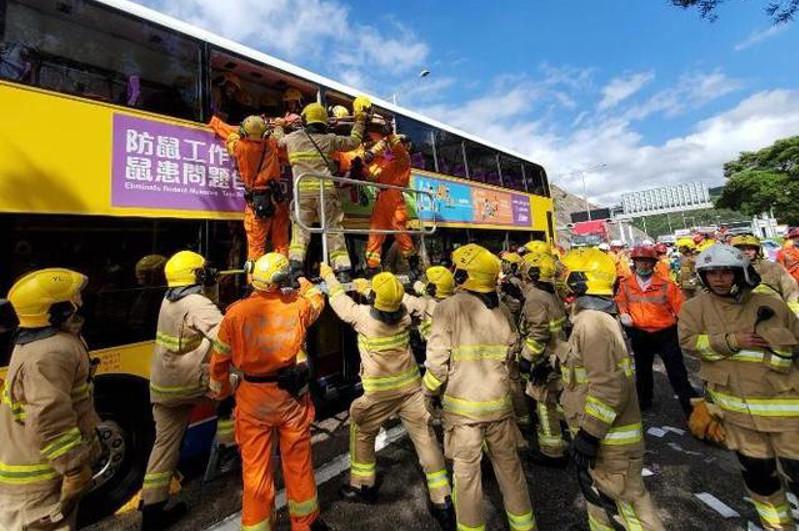 Around 8:30 a.m. local time on Tuesday, the Fire Services Department of the HKSAR government was informed about this accident, when the two buses collided outside the tunnel, which is a major road in the New Territories, leaving 77 people injured.

Most of the injuries were reported to be minor and they had been sent to different hospitals.

Some passengers on one of the buses said that the speed of the bus was normal when the accident happened, according to local media.