The polling station was opened at the Embassy of Kazakhstan in the Hashemite Kingdom of Jordan. 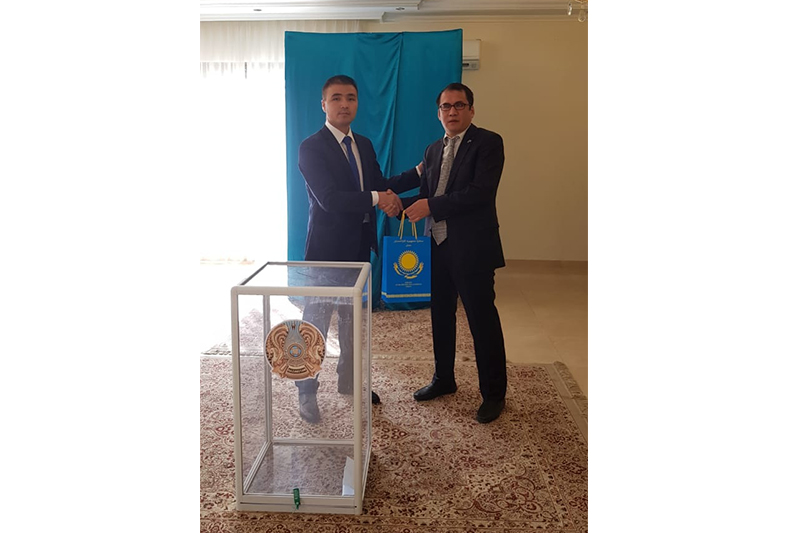 18% of the total number of Kazakh nationals living in Jordan cast their votes as of 10:15 Amman time.

The voting process will last till 08:00 local time.

“Several days before the election, we had a meeting with Kazakhstani students studying at the Jordan University to inform them of the elections. The citizens were additionally informed via social media. In the first hours of the polling station’s work, 16% of the voters came up for the elections,”Chairman of the Territorial Election Commission at the polling station Almaz Baishygashev said in an interview with Kazinform.

According to Ayman Abdelhafez al-Zaban , journalist and expert of Ad-Dustur News Agency of Jordan, the news about the snap presidential election in Kazakhstan had sparked great interest among the largest mass media of the Middle East and entire world.

“Kazakhstan’s unique geographical location, its huge reserves of gas, oil and uranium make it an exceptionally important political and economic player at the global arena. Throughout many countries your country has been conducting a constructive foreign policy aimed at reduction of tension in the world. Kazakhstan actively puts forward peacekeeping initiatives,” he said.

In her words, Kazakhstan’s efforts in the Middle East region on settlement of the military-political crisis in Syria have already been marked by the Astana Process complementing the Geneva talks.

“Apart from that, Kazakhstan is the first and the only Central Asia country which sent 120 peacekeepers to Lebanon. For this reason, the early presidential election in Kazakhstan has been in spotlight of many Central Asian foreign experts and analysts,” he added.