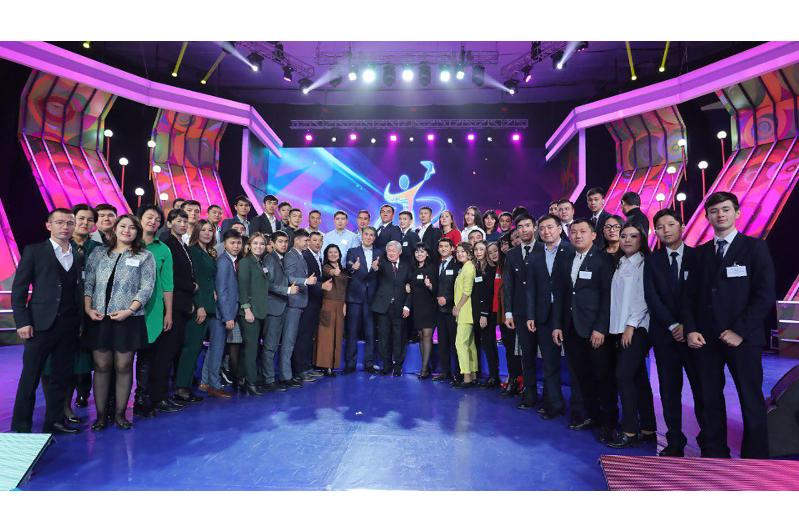 The large-scale forum brought together nearly 3,000 young people from Kyzylorda, Aktobe, West Kazakhstan, Mangystau and Atyrau regions. Among them are the best representatives of the younger generation, professionals, who made a significant contribution to the development of the country.

Berdibek Saparbayev thanked the youth for their activity and wished them further success.

In a welcoming speech, Asset Issekeshev noted that El Umіtі creates social elevators for talented youth. Now the fund is developing leadership programs, systems for identifying children's potential, motivation tools, including internships at leading universities in the world, a grant support system for winners of olympiads and mentors of young talents.

Young people who have achieved great successin education and science, business and medicine, culture and sports, economics and public life shared their achievements, urging the participants of the marathon not to be afraid of difficulties, try their hand and work for the good of the country.

The young people expressed their gratitude for the great help and support from the state.

Nursultan Nazarbayev’s initiative El Umiti will be implemented by the First President’s Fund together with the government, regional akimats, business community and NGOs.

The forum, which was held at the Konys Sports Palace, ended with a performance of Kazakh pop stars.