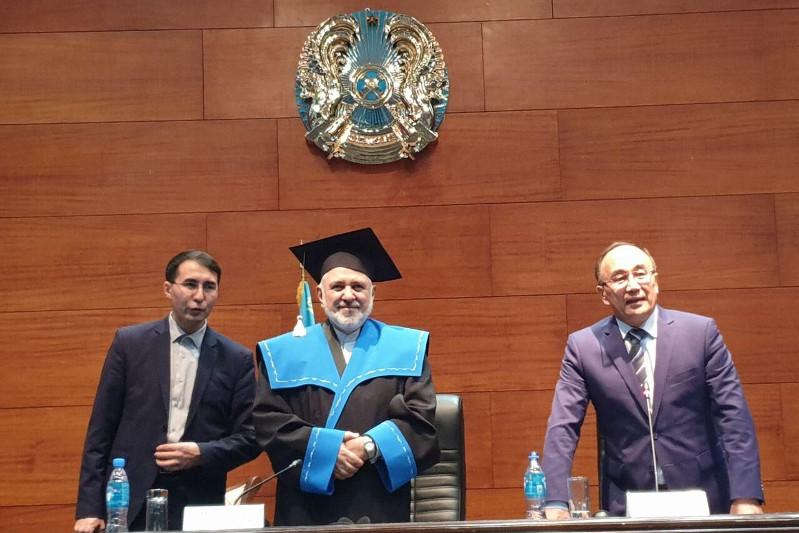 Zarif visited the university and delivered a speech titled 'New Paradigms and Discourses in the Contemporary World'.

Having paid a visit to the museum of the university, the top diplomat signed the memorial book.

Also, Iranian high-ranking official answered to the questions posed by the students.

Zarif left for Kazakhstan on early Monday to take part in the two-day Astana Club meeting to start on Monday.

On the sidelines of the Astana Club 2019, which is to be held in the Kazakh capital of Nur-Sultan, Zarif will hold talks with top officials of the host country on the regional and bilateral issues.