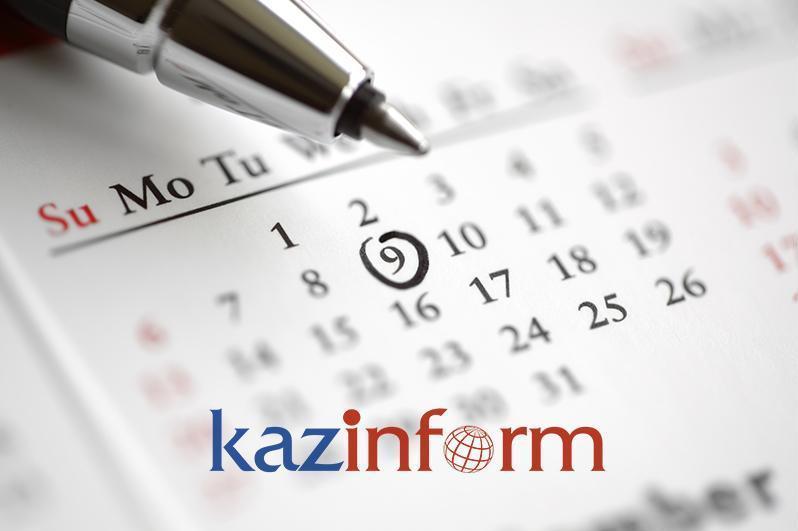 NUR-SULTAN. KAZINFORM - Kazinform's Timeline is the one-stop shop where you can learn about historical events for the 5th of January. See what notable events happened throughout Kazakhstan's history on January 5.

1999 - The banner of peace is presented to President of Kazakhstan Nursultan Nazarbayev.

2009 - Kazakhstan issues the first bometruc passposrta which had invisible to the eye electronic chips containing the full name, sex, date and place of birth, citizenship, passport number, date of issuance and expiration, unique identification number, photo and signature of its holder. 18 countries in the world including Kazakhstan issue this type of passport.

2010 - The Ministry of Foreign Affairs of the Republic of Kazakhstan holds a presentation of the official website of Kazakhstan's Chairmanship in the OSCE - www.osce2010.kz. The mission of the website was to cover Kazakhstan's activities as the OSCE Chairman in 2010. It contained all necessary information on the Organization's activities, about Kazakhstan, as well as audio and video materials.

2017 - The New York Times publishes the list of 52 places in the world worth visiting in 2017. Kazakhstan was ranked 26th on the list.

2019 - The first hybrid cardiac surgery is held in Kazakhstan. Astana cardiac surgeons were the eighth in the world to successfully perform two invasive interventions at the same time. Doctors implanted an artificial valve for a 74-year-old resident of East Kazakhstan region, Yuri Dudarev. The surgeons also performed a coronary artery bypass surgery.