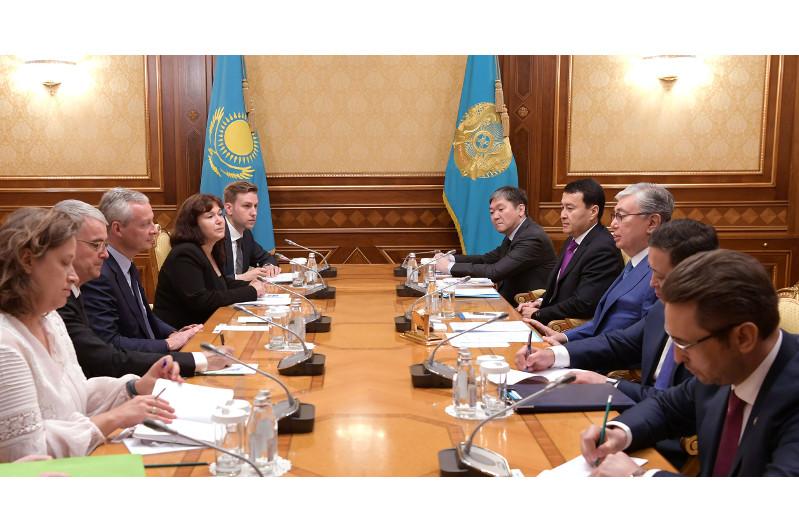 At the meeting, the Head of State noted that Kazakhstan and France had laid a solid foundation for the bilateral cooperation, namely in trade-economic and political spheres.

«We view France as a main partner in the European Union,» said the Kazakh President and added that the EU was the major trade partner of Kazakhstan.

According to him, the volume of the bilateral trade between the two countries has reached $4.5bn, and the volume of foreign direct investments from France to Kazakhstan has surpassed $15bn.

The Kazakh Leader pointed out successful activity of French companies in Kazakhstan and assured that our country would create all required conditions for their effective work.

Upon completion of the meeting, the Head of State conveyed his best wishes to President of France Emmanuel Macron.

President stressed the need to find out ways to boost agro-industry growth
News from dashboard.idealmedia.com
Popular