Kazakhstan and Vietnam have great prospects for cooperation, Majilis Speaker 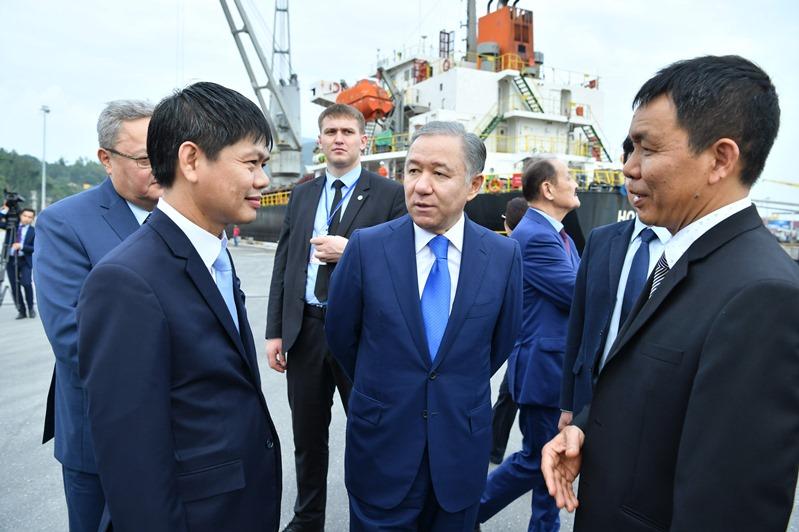 DANANG. KAZINFORM - Chairman of the Majilis of the Parliament of the Republic of Kazakhstan Nurlan Nigmatulin as part of an official trip to Vietnam visited the city of Da Nang, according to the press service of the Majilis.

The Majilis speaker got acquainted with the technical capabilities of the port and its infrastructure. Nurlan Nigmatulin was informed that the throughput is 12 million tons of cargo per year and the operational capacity of a modern warehouse is up to 8 million tons per year. Annually the port traffic increases by 15%.

During the visit Nigmatulin held talks with the Secretary of the Party Committee of the city of Cheong.

«The meetings that took place here in Vietnam showed that our countries have great prospects for expanding cooperation. We have all the necessary conditions including established political dialogue, strong trade and economic partnership. No doubt all these factors serve as a powerful impetus for the development of the inter-parliamentary relations. We agree with our Vietnamese colleagues to make the interaction more dynamic in order to exchange legislative experience. This becomes especially relevant in connection with our cooperation within the framework of the Eurasian Economic Union», said Nurlan Nigmatulin summing up the results of the visit to Vietnam.