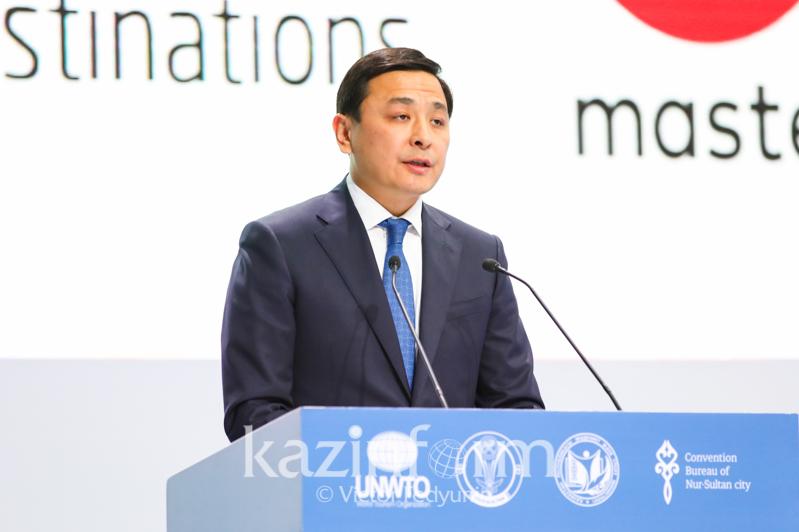 NUR-SULTAN. KAZINFORM – Mayor of the city of Nur-Sultan Altay Kulginov spoke about the importance of holding the VIII Global Summit of the UNWTO (World Tourism Organization) in the capital of Kazakhstan, Kazinform correspondent reports.

«This large-scale event is being held for the first time in Central Asia. This is a great honor for us. We took the baton after such cities as Seoul, Kuala Lumpur, Istanbul and Barcelona», said Mr. Kulginov speaking at the summit of UNWTO.

«The history of our capital is connected with the name of Elbasy. The capital of Kazakhstan is developing dynamically. Over twenty-one years the territory of the city has tripled, the population grew from 280 thousand to over 1 million. Nur-Sultan is a city of youth as almost 700 thousand civilians under the age of 35 years. Nur-Sultan is turning from an administrative city into a business one and becomes an attractive place for tourists», said the Mayor.

«The future of mankind is connected with cities. Globalization is the driving force for removing barriers to mass tourism. Cities should be comfortable and safe in order to attract tourists. We are applying successful experiences of leading European cities and develop the concept of a smart city on the basis of such standards as security, logistics, healthcare, education, the housing sector and public services», added Altay Kulginov.

As Kazinform previously reported the VIII Global Summit of the UNWTO is taking place in the city of Nur-Sultan. More than 1,400 representatives of 80 countries have arrived to participate in the summit. Mayors of Kazan, Tashkent, Tallinn, Samarkand, Ankara, and Islamabad are also taking part in the event.

Coronavirus: 10 recovered to be discharged in Kazakh capital
News from dashboard.idealmedia.com
Popular