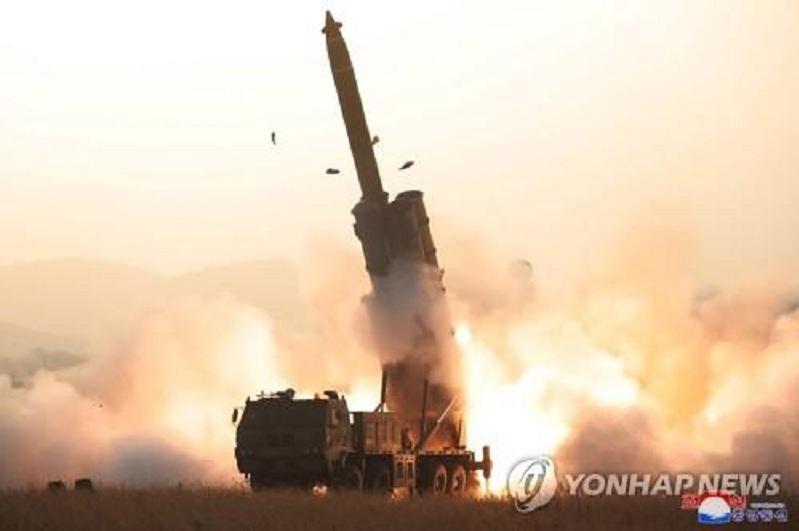 SEOUL. KAZINFORM North Korea fired two projectiles from what is presumed to be a super-large multiple rocket launcher on Thursday, South Korea's military said, in the latest in a series of military moves amid stalled denuclearization talks with the United States, Yonhap reports.

The projectiles were fired from Yeonpo in the country's eastern South Hamgyong Province into the waters off the east coast at around 4:59 p.m., the Joint Chiefs of Staff (JCS) said in a release. 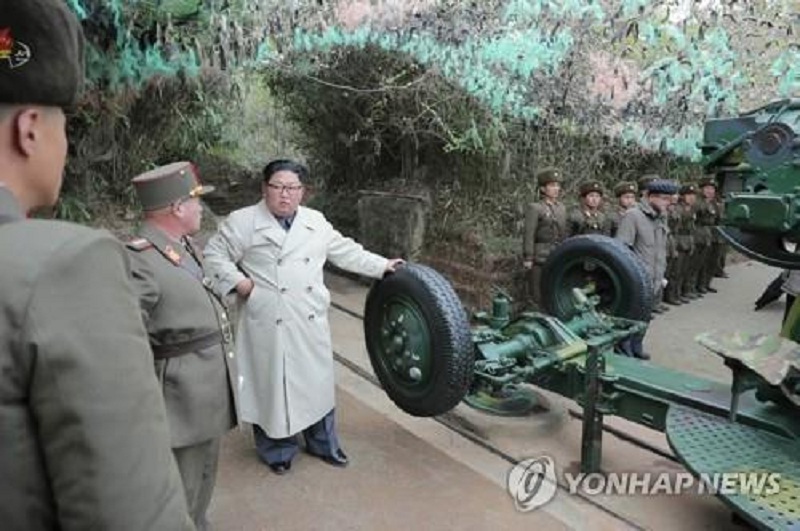 Both flew around 380 km, reaching a maximum altitude of around 97 km, and were fired within a 30-second interval, the JCS added.

«South Korean and U.S. intelligence authorities are analyzing additional features,» the JCS said. «Our military is monitoring the situation in case of additional launches and maintaining a readiness posture.»

The JCS expressed «strong regret» about the launches, saying they will not help efforts to ease tensions on the Korean Peninsula.

«Our military expresses strong regret over the acts and urge North Korea to immediately stop such moves,» Maj. Gen. Jeon Dong-jin of the JCS told reporters.

It was not immediately known if North Korean leader Kim Jong-un inspected the launches.

If confirmed, Thursday's launches would be the fourth test so far of the North's super-large rocket launcher system, which is presumed to be a 600-millimeter diameter one. The North previously tested the weapon on Aug. 24, Sept. 10, and Oct. 31.

«The repeated tests are aimed at further improving the weapon before deploying it for operation,» Chang Young-keun, a missile expert at Korea Aerospace University, said. «North Korea appears to be advancing its system for successive firings, among other capabilities.»

The latest test is the 13th time this year that North Korea has carried out a major weapons test. The tests began in May after an 18-month hiatus. In previous tests, it launched new types of short-range missiles, including its version of Russia's Iskander, as well as an upgraded version of a submarine-launched ballistic missile (SLBM), Pukguksong-3.

Further heightening tensions on the Korean Peninsula, the communist country conducted firing drills involving coastal guns on its border islet of Changrin in the Yellow Sea on Saturday under the guidance of leader Kim Jong-un.

The Seoul government sent a message to Pyongyang to protest the moves strongly and urged it to stop such acts, but the North has given no response.

In an apparent sign of ramped-up surveillance of the North, the United States flew three spy aircraft -- EP-3E, RC-135V and E-8C jets -- over the Korean Peninsula in succession for two days from Wednesday.

The military moves by the North came amid a lack of progress in the North's denuclearization talks with the U.S. Pyongyang has given Washington until the end of the year to put forward a new proposal that could break the deadlock, saying that otherwise it will be compelled to give up on negotiations and choose to take a «new way.»

Washington has called on Pyongyang engage in dialogue, but the North has been dragging its feet while renewing calls on the U.S. to drop its «hostile» policy toward it.

Experts say North Korea is expected to continue such low-intensity military acts in the coming weeks to further pressure the U.S. and get the upper hand in possible upcoming denuclearization talks.