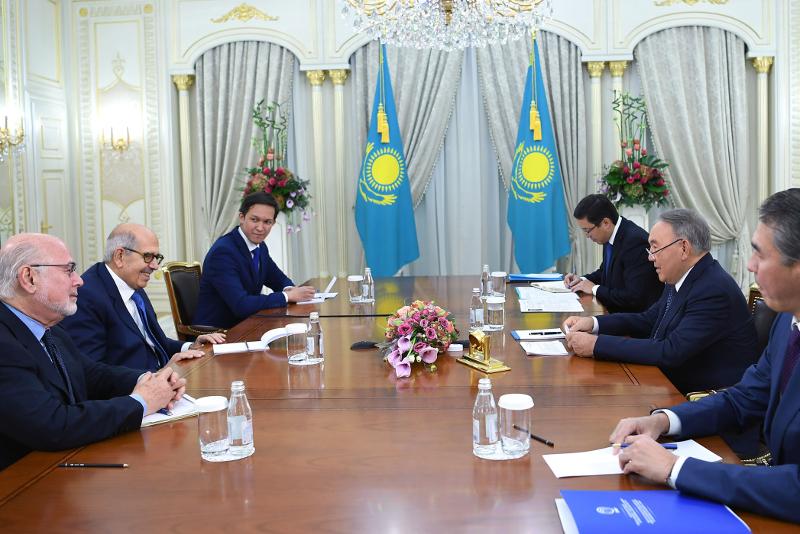 «Mohammed ElBaradei has made the IAEA the key authority responsible for non-proliferation of nuclear weapons. We have begun the establishment of the Bank of Low Enriched Uranium in Kazakhstan together. This was a very important event. The first batch of low enriched uranium has been already delivered to our country», said the First President of Kazakhstan.

Elbasy also noted the important role of the Global Security Institute in the non-proliferation of nuclear weapons. Mohammed ElBaradei emphasized that Kazakhstan has in fact proved its commitment to building a nuclear-free world. «You abandoned the nuclear potential, closed the Semipalatinsk nuclear test site. And now it is important to relay your efforts at the global and local levels», said Mohammed ElBaradei.

In turn, the President of the Global Security Institute praised the activities of the First President of Kazakhstan in countering the proliferation of weapons of mass destruction.