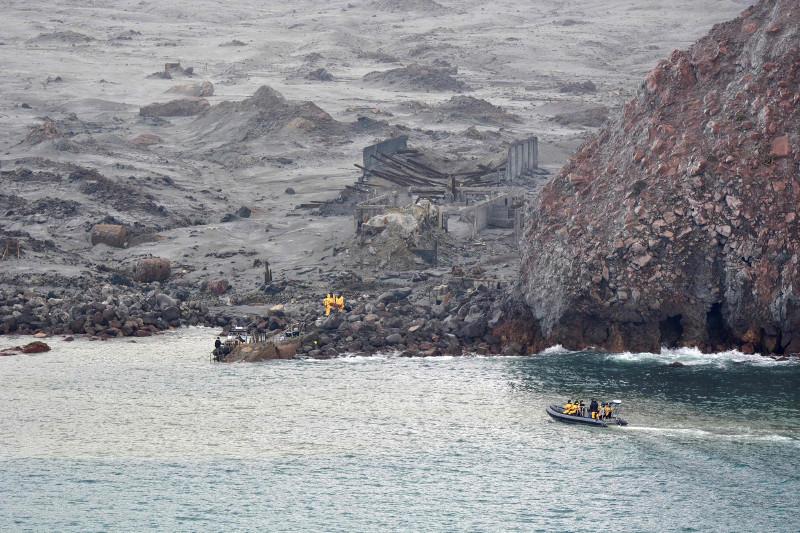 «Wherever you are in New Zealand, or around the world, this is a moment we can stand alongside those who have lost loved ones in this extraordinary tragedy,» Ardern said, «together we can express our sorrow for those who have died and been hurt, and our support for their grieving families and friends».

Ardern will observe the silence alongside the cabinet at their weekly meeting on Monday.

According to Xinhua, the minute's silence will be exactly one week after the eruption started on Dec. 9.

Meanwhile, operation to search and recover the two deceased who remain missing continues in the waters around White Island throughout Saturday. Additional personnel from the Navy dive team will be deployed to boost the operation, said New Zealand Police Deputy Commissioner John Tims.

A team of nine from the Police National Dive Squad resumed their search at 7:00 a.m. Saturday for a body seen in the water following Monday's volcanic eruption.

However, the water around the island is contaminated, requiring the divers to take extra precautions to ensure their safety, including using specialist protective equipment, said Tims.

Conditions in the water on Saturday are not optimal, with between zero and two meters visibility depending on location, said Tims.

Six bodies were successfully recovered from the volcano island during Friday's operation, led by the New Zealand Police and carried out by New Zealand Defence Force.

On Saturday, the risk had since been downgraded with tremors slowing down. GNS volcanologist Brad Scott told local media TVNZ the tremors «declined significantly overnight.»

The six bodies recovered from the island were sent to Auckland for postmortem identification.

Altogether 47 people were on the White Island at the time of the eruption on Monday. The eruption has already caused 14 dead and multiple injuries. Fifteen victims remained in New Zealand hospital, 11 of which were in a «very critical condition with extensive severe burns», according to Counties-Manukau Health chief medical officer Dr. Peter Watson.

Thirteen Australians had now been transferred back to Australia to receive care.

Most of the survivors are in critical condition.

Two Chinese nationals were among those injured, according to the Chinese embassy in New Zealand.

The White Island, a volcanic island, is a famous tourist attraction which people can explore by boat or by helicopter. If safety conditions permit, visitors can even enter the main volcano crater.