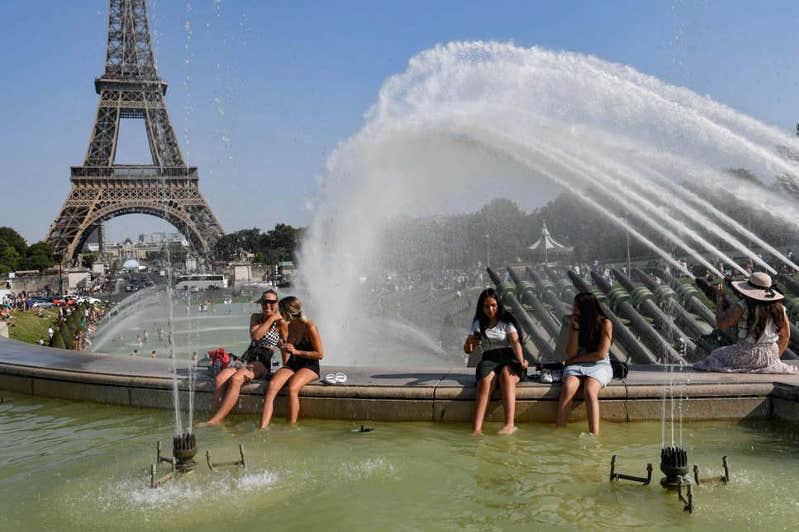 Germany is sweating through one of its hottest Julys on record, with temperatures across the country hitting 40 C (104 F) or higher.

The German Weather Service issued an extreme heat warning for Thursday, saying that temperatures could rise to record levels, especially in the upper Rhine region and western parts of the country.

Thermometers reached 40.5 C (105 F) on Wednesday in Geilenkirchen, according to a measuring station at a NATO base in the northwestern town.

If confirmed, it would top the official all-time temperature record in the country since measurements began in 1881.

Belgium also faced its hottest day since 1881, causing the Royal Meteorological Institute raised its alarm level to red for the first time in its history.

The temperature is expected to top 40 C in some areas of Belgium on Thursday, and officials are warning people to take safety measures.

The Netherlands saw its hottest day in 75 years on Wednesday, said the Royal Netherlands Meteorological Institute.

The Dutch orange alarm will continue through Saturday due to the heatwave, said authorities.

Austria is staring down its hottest summer in some 253 years of record-keeping, according to state weather officials.

The United Kingdom's Met Office said on Thursday, the mercury will hit a punishing 39 C (102 F), the hottest ever in this country.

Michael Dukes, director of forecasting at UK weather forecast company MetDesk, told Anadolu Agency that the exceptional heat across Western Europe will peak on Thursday, when many countries may «well break» records.

«The heat has been caused by a plume of intense hot air moving northwards across Western Europe from North Africa,» Dukes said.

He said a similar pattern in June also led to record-breaking heat.

«It really is a big concern that we are so frequently breaking heat records,» Dukes added.

Scientists have warned that without drastic changes, the global climate crisis will lead to unlivable levels of heat worldwide.

In France, a red alert was announced for the capital Paris and the country’s north. Temperatures are expected to top 40°C.

Italy has also risen its alarm levels due to high temperatures, and the Health Ministry warned of extreme heatwaves in 13 cities, including the capital Rome.

The mercury is expected to reach 40 C in those cities.

* Ayhan Simsek from Berlin, Hasan Esen from London, Yusuf Ozcan from Paris, and Baris Seckin from Rome contributed to this story.