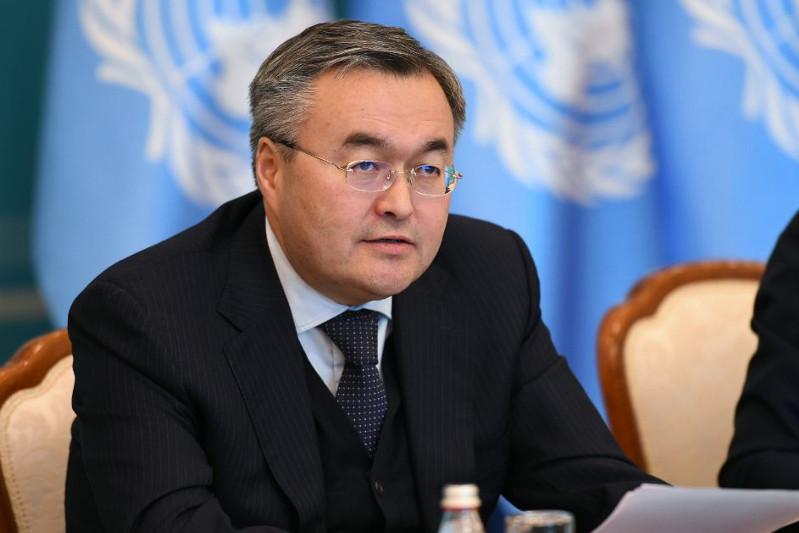 NUR-SULTAN. KAZINFORM - An international meeting on settlement in Syria can be held in Kazakhstan in early December, Kazakh Foreign Minister Mukhtar Tleuberdi told reporters on Monday.

«There are preliminary plans to hold [the meeting] in early December,» he said. «The parties intend to hold talks in early December. We are expecting an official request,» the minister clarified.The 13th high-level international meeting on Syria was held in Kazakhstan's capital Nur-Sultan on August 1-2. Among participants in the meeting were delegates from guarantor countries of the Astana process (Iran, Russia, Turkey), from the Syrian government and from the armed opposition. Among observers were representatives from the United Nations Organization, Jordan as well as Lebanon and Iraq who took part in the Astana Peace Talks for the first time.