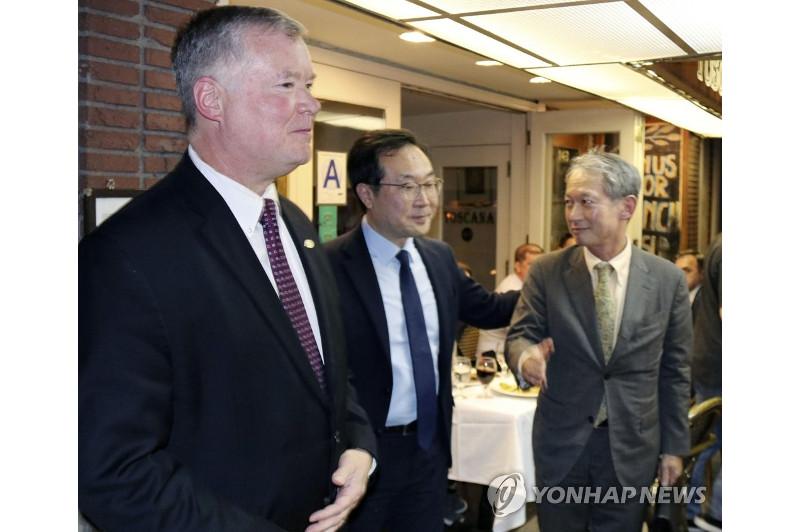 During the calls, Lee shared assessments with each side on North Korea's test-firing of two projectiles from a super-large multiple rocket launcher and discussed joint efforts for future coordination related to the issue.

On Thursday, the North conducted the test-firing from the country's eastern area into the East Sea, marking the fourth such test involving the super-large rocket launcher system and the 13th weapons test so far this year.

The latest launch came amid a lack of progress in the denuclearization talks between Pyongyang and Washington, with the North demanding the U.S. drop its «hostile» policy toward the regime.

The North has given the U.S. until the end of the year to put forward a new proposal that could break the impasse, warning that it will otherwise be compelled to give up dialogue and choose to take a new path.

Also in the talks with Takizaki, Lee discussed Seoul's recent decision to suspend the termination of a military intelligence-sharing pact with Tokyo, known as GSOMIA, according to the ministry.