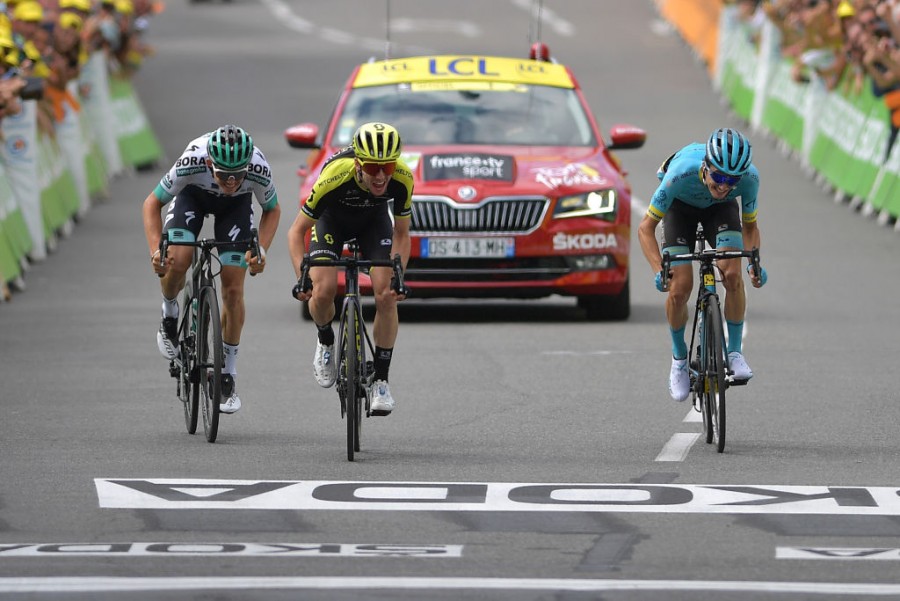 Bilbao was part of a big breakaway, as 42 riders took off after a hard start. The two climbs of the 1stcategory in the second half of the stage strongly reduced the group, until Simon Yates attacked and started to lead the race together with Gregor Mühlberger. Pello Bilbao closed the gap as he attacked from the chasing group. The three leaders of the race made it all the way to the finish, where they sprinted for the stage win. Yates was the fastest, outsprinting Bilbao and Mühlberger.

«I was happy with the opportunity to fight for a stage win today. I think I didn’t make any mistakes in the final, I was perfectly positioned for the final sprint, but I just came too short for the sprint of Simon Yates because I had not enough energy left. I had to do a big effort for trying to bridge the gap to Yates and Gregor Mühlberger on the final climb, there I felt already that they were stronger than me today. This was maybe the final opportunity for me in this Tour, as we will now focus on the GC of Jakob Fuglsang. I really believe that if we work hard with the whole team, we can get Jakob back in contention for the podium,» said Pello Bilbao.

«Our plan for today worked out for 99%, a stage win would’ve made it a perfect day. But Pello Bilbao gave everything he had, it was a very strong race of him and he did everything to go for the stage win. Of course, we hoped he could finish it in the sprint, but Simon Yates was just the strongest rider out there today. We’re proud of the performance of Pello. From tomorrow the focus will be on the GC again, as we’re ready to fight with the team for a good result with Jakob Fuglsang,» said sports director Dmitriy Fofonov.

No changes in the overall classification today, with Jakob Fuglsang finishing in the peloton and Julian Alaphilippe still leading the GC. Tomorrow the riders face an Individual Time Trial of 27,2 kilometers with start and finish in the center of Pau.