UAE wins membership on the UNESCO’s Executive Board 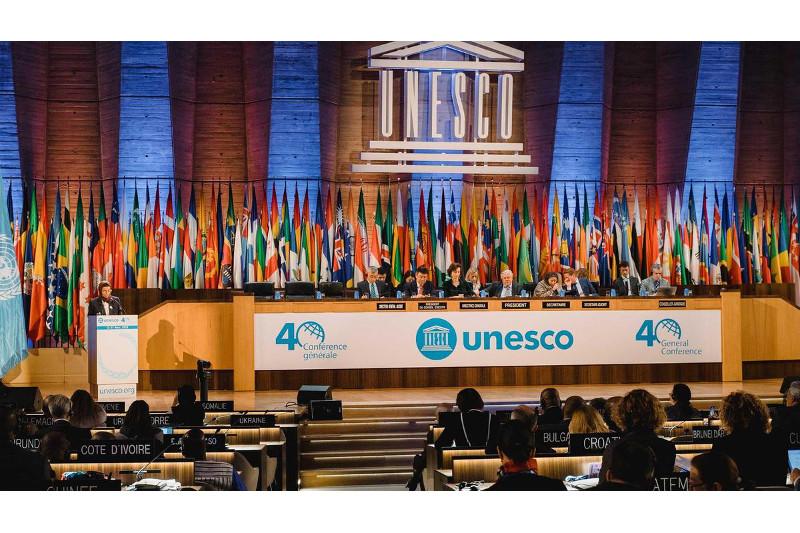 PARIS. KAZINFORM - The United Arab Emirates announced today that it has won a seat on the Executive Board of the United Nations Educational, Scientific and Cultural Organisation, UNESCO, for the tenure 2019-2023. This marks the fourth time that the UAE has won a seat at one of UNESCO’s three constitutional organs and will use the opportunity to further drive the organization’s mission and goals, WAM reports.

Noura bint Mohammed Al Kaabi, Minister of Culture and Knowledge Development, headed the UAE delegation participating at the 40th session of UNESCO’s General Conference, where she met with a number of officials, Ministers of Culture, Ministers of Education and heads of member states delegations.

Securing many votes, the win reflects the international community’s sustained confidence in the UAE’s role in championing the founding principles of UNESCO across the scientific, educational, and cultural sectors. More importantly, it is testament to the member states’ support and belief in the effectiveness of the UAE’s ambitious plans for its membership.

Speaking on the sidelines of the UNESCO’s General Conference, Noura Al Kaabi said: «The UAE’s appointment to the UNESCO’s Executive Board reflects the wide acknowledgement of the country’s prominent efforts in advancing initiatives in the fields of culture, science and education. This significant milestone is a recognition of our firm belief in the power of UNESCO to bring about peace and prosperity to nations worldwide. While we celebrate this achievement, we know that hard work awaits when it comes to our work with UNESCO. The UAE reiterates it commitment to the United Nations 2030 Agenda for Sustainable Development and to working with all member states to ensure its realization through programs and initiatives. Finally, we remain open for dialogue, exchange, and collaboration with all member states to find the best solutions that meet the needs of the people we serve.»

Over the next four years, the UAE will work alongside the other members states of the Executive Board towards a more efficient and effective UNESCO.

The UAE was founded in December 1971, and on 20 April 1972, it became a member of UNESCO. Over the years, the UAE has significantly participated in many of UNESCO’s programmes, donated funds, as well as developed home-grown initiatives for the benefit of people from around the world. In 2018, the UAE was ranked as the 6th top voluntary donor to UNESCO and currently holds membership on six UNESCO committees.

Additionally, the country has one site inscribed on UNESCO’s World Heritage List, eight national and multinational Intangible Heritage inscribed, two cities designated as Creative Cities by UNESCO, established over 120 UNESCO associated schools, and hosts the Regional Centre for Education Planning, RCEP, under the auspices of UNESCO, amongst many other initiatives.