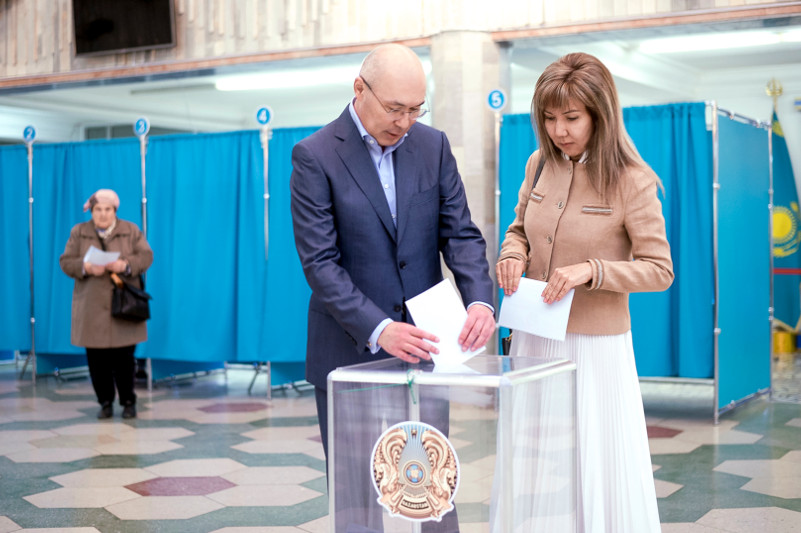 Kelimbetov voted at the polling station at the Palace of Schoolchildren named after Makhambet Utemissov in Nur-Sultan.

AIFC Governor arrived at the polling station with his spouse Fatima Kelimbetova.