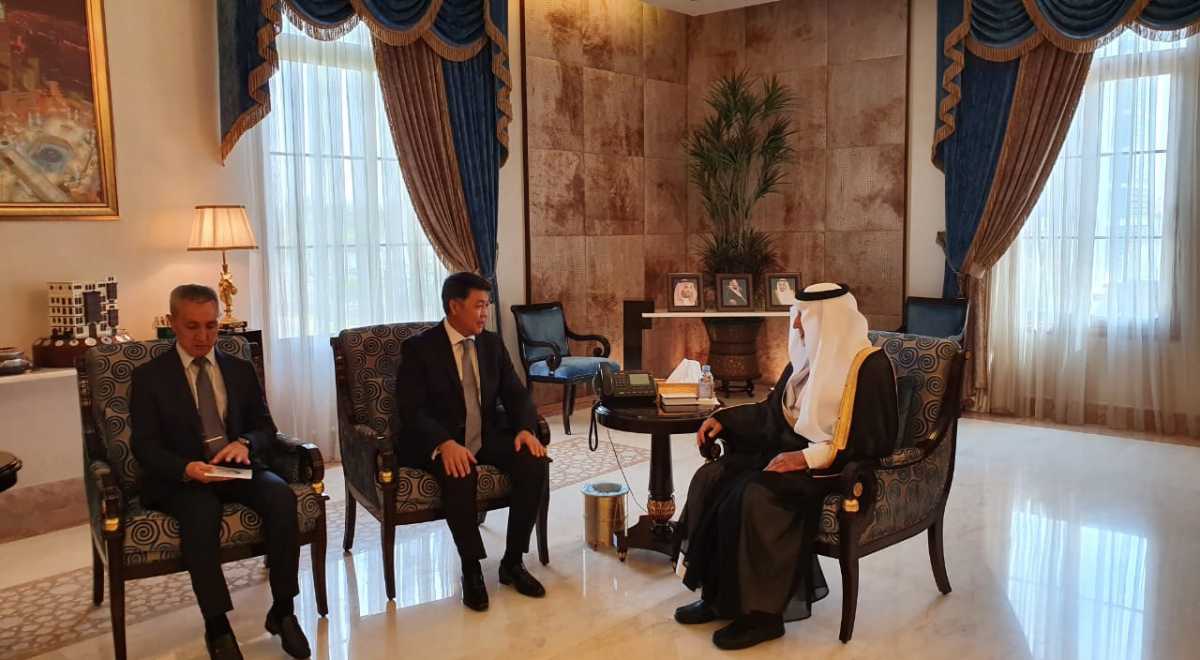 JEDDAH. KAZINFORM Ambassador of Kazakhstan to the Kingdom of Saudi Arabia Berik Aryn paid a courtesy visit to His Royal Highness Prince Khaled Al-Faisal bin Abdulaziz Al Saud, Emir of Mecca Province, Adviser to the Custodian of the Two Holy Mosques, the press service of the Kazakh Embassy in Saudi Arabia informs.

During the meeting, the parties discussed the current level of the Kazakh-Saudi relations and exchanged views on ways of expansion of cultural, humanitarian and trade-economic relations.

The Diplomat emphasized Kazakhstan's interest in further development of close political, trade and investment cooperation with Saudi Arabia. In this context, he noted the importance of encouraging direct contacts between the two countries’ business communities, including by using the potential of the chambers of commerce and industry of Jeddah and Mecca.

The Ambassador also expressed gratitude to the Saudi Government and to the Emir of the Mecca Prince Khaled Al-Faisal for the care and assistance provided to the Kazakh citizens during their performance of Umrah and Hajj in 2019.

In addition, Berik Aryn briefed Prince Khaled Al-Faisal about the most important internal political events taking place in Kazakhstan after the historical decision of the First President of the Republic of Kazakhstan - the Leader of the Nation Nursultan Nazarbayev about the early resignation of his authorities as President.

His Royal Highness Prince Khaled Al-Faisal assured of Saudi Arabia's readiness to further develop comprehensive cooperation with Kazakhstan as a one of the leading Muslim countries. He also noted that assisting and creating favorable conditions for pilgrims, including those who are from Kazakhstan is the noble duty of the Kingdom.

The Mecca province is located in the western part of Saudi Arabia and it is the most populated administrative province of the Kingdom (over 8.3 million people), with an area of 153,128 square meters. The administrative territory of the province includes 12 governorates, including the large economic center of Jeddah, located on the shores of the Red Sea.

India to evacuate its citizens from Kazakhstan
News from dashboard.idealmedia.com
Popular