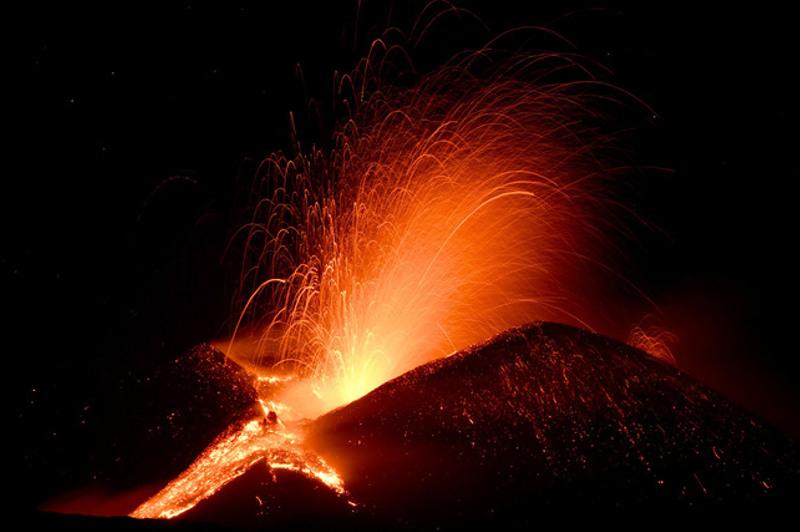 CATANIA. KAZINFORM Etna on Wednesday belched out another lava plume and column of ashy smoke in the latest of a string of spectacular eruptions from Europe's tallest active volcano.

The iconic volcano spewed ash and lapilli into a kilometre-high column, ANSA reports.

The ash was scattered onto nearby Catania but the eastern Sicilian city's airport's air space was not closed, as it has been for some recent eruptions.

A southeastern breeze helped take the high and dense column of lavic ash across the city.

Lapilli also fell onto a number of smaller towns and villages on Etna's southern slopes including Nicolosi, Trecastagni, Pedara, Aci Sant'Antonio and San Gregorio, where the blasts rattled windows and doors.

Volcanology institute INGV said it was the latest «paroxysm» in Etna's new phase of volcanic activity, which began in mid-February.

The INGV also said it had found the «beating heart» of the volcano which is fuelling the activity, and «the energy inside the volcano is increasing».