NUR-SULTAN. KAZINFORM - A hallmark of the national classics - Akhmet Zhubanov and Latyf Khamidi’s opera Abai to Mukhtar Auezov’s libretto will be broadcast on Tengri TV and on Abai TV on August 10th, Kazinform cites the press service of Astana Opera.

«It is gratifying that we have the opportunity to witness the creation of a new holiday - Abai Day. I am confident that it will take its rightful place among the significant events of international classical art. On behalf of the Astana Opera staff, I express my gratitude to the Ministry of Culture and Sports of the Republic of Kazakhstan, which initiated this wonderful event. On this memorable day, Astana Opera will present one of its best productions - the opera Abai on Tengri TV and on the recently opened eponymous Abai TV. As a reminder, the opera house has been granted the State Prize of the Republic of Kazakhstan for the staging of this masterpiece. When watching the performance, I wish all Kazakhstanis to immerse themselves in the incredible world of the educator, philosopher, thinker, poet Abai Qunanbaiuly. Abai strongly influenced his contemporaries, but his fundamental ideas are still relevant today,» Galym Akhmedyarov, Honoured Worker of Kazakhstan, General Director of Astana Opera, said. 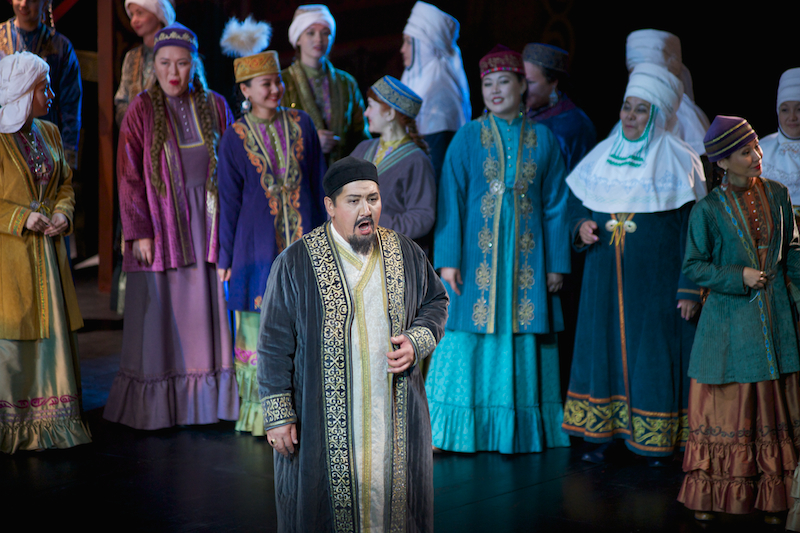 It is important to note that musicologists associate a new milestone in the development of this national masterpiece with the capital’s premiere of the opera Abai. According to critics, Astana Opera’s production represents a new level in the opera house’s creativity, a new stage in the operatic art of Kazakhstan. In the very fate of this music and stage creation, it seems to be a certain result of the rise to the heights of operatic perfection in its international classical understanding.

In November 2018, the opera Abai was presented in Kazakh to the Italian audience at the Teatro Carlo Felice in Genoa. A year later, within the framework of the Year of Kazakhstan in Uzbekistan, the opera Abai was performed in Tashkent, leaving an unforgettable impression on the listeners.

It is safe to say that each new generation’s interest in the opera Abai remains as keen as that of its predecessors.

This year the Kazakh cultural community celebrates Abai’s 175th anniversary, and the Astana Opera staff has dedicated many online projects to this significant event.

Daneliya Tuleshova makes it to America’s Got Talent final