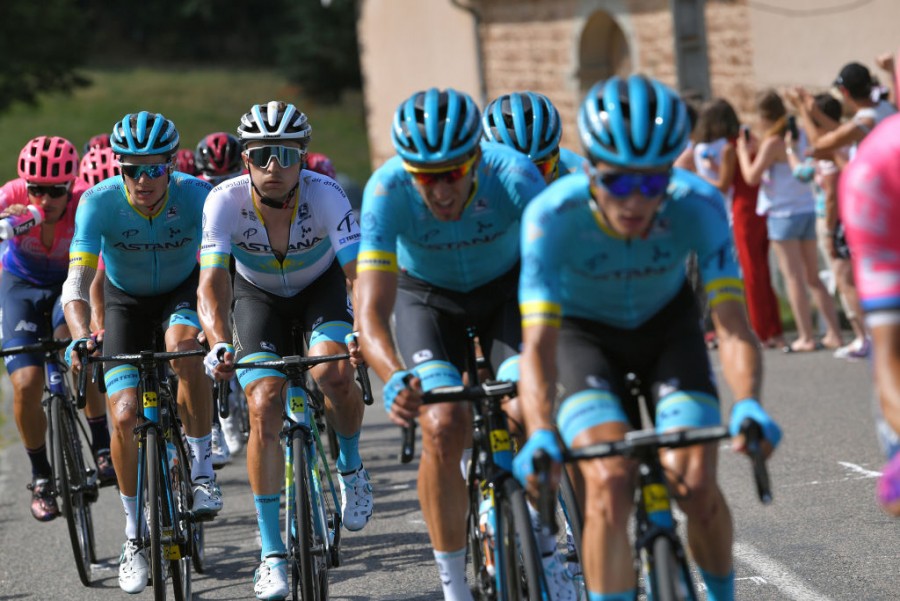 NUR-SULTAN. KAZINFORM - After hard teamwork on stage 8 of the Tour de France, Jakob Fuglsang moved into ninth place overall, finishing in a reduced group just behind the podium of the stage. Thomas De Gendt won the stage from the early breakaway, Julian Alaphilippe reclaimed the yellow jersey after an attack with Thibaut Pinot on the final climb of the day.

«The team worked very hard today, we tried to go for a stage win and to maybe gain some time in the GC. I missed out of it when Julian Alaphilippe and Thibaut Pinot attacked at the final climb, and even while we were working well together behind them, we didn’t manage to get them back. We used the whole team today to go for a result. At the end of the day, we maybe didn’t get out of it what we wanted, but we did stay out of trouble and on a profile like today, pulling is almost as hard as sitting in the wheel. But for sure, we can be happy with the way the team performed today, it gives moral for the upcoming weeks,» said Jakob Fuglsang.

With seven categorized climbs in 200 kilometers, stage 8 from Macon to Saint-Etienne was a tough day for the riders. A breakaway of four riders went clear straight from the start, with Thomas De Gendt making it all the way to the finish line. Behind this breakaway, Astana Pro Team took control of the race. On the final climb of the day, Thibaut Pinot and Julian Alaphilippe attacked, finishing just behind De Gendt. Jakob Fuglsang moved into ninth place overall after finishing in the group behind the stage podium, together with Alexey Lutsenko who finished twelfth on the stage.

Tomorrow’s stage 9 will start in Saint-Etienne, to finish in Brioude after 170,5 kilometers including three categorized climbs.