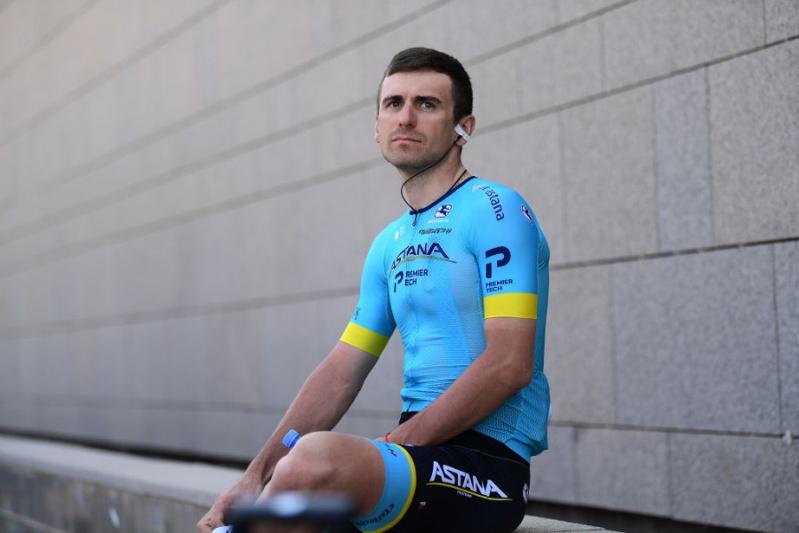 NUR-SULTAN. KAZINFORM The rider of Astana Pro Team and the National Team of Kazakhstan Artyom Zakharov has got the Olympic qualification in the track discipline of omnium.

The UCI has officially confirmed all Olympic licenses for track disciplines. Thus, alongside Artyom Zakharov, who will perform in omnium, the National Team of Kazakhstan will have two more Olympic track licenses, in individual sprint and keirin, the Team’s official website reads.

«I am very happy, that I finished successfully this long and exhausting qualification to the Olympic Games in Tokyo. This result brings me a lot of inspiration and motivation. It was a two-year-long qualification with many competitions I had to perform to get this license. There was an uncompromising fight in every competition, because the situation in the World ranking was unstable and changeable. But, finally, I succeed! This winter I have scored some solid results, at the World Cups I showed I can fight for the highest places, so, at the Olympic Games I will be aiming serious goals. I understand, that nothing is ended with this qualification, instead, everything is just beginning. My all preparation will be built towards the successful performance in Tokyo. I want to thank my Astana Pro Team for a huge support during all this period and for a possibility to prepare and to perform in track competitions,» said Artyom Zakharov.

«We are happy that everything worked out for Artyom and that several years of hard work were crowned with such a nice success. Performing under the flag of Kazakhstan in any kind of competitions is already a success but representing your country at the Olympic Games is a double success. We always believed in Artyom, we supported him in his desire to perform in track disciplines to win the Olympic license. At the World Cups he proved to be able to compete side by side with the strongest omnium specialists, he showed that a podium in omnium is a real goal. I think that if he improves a few components, if he becomes a bit more courageous, then a fight for a medal at the Olympic Games will be more than achievable,» said general manager of Astana Pro Team Alexandr Vinokurov, 2012 Olympic champion.

Alongside his track preparation to the Olympic Games, Artyom Zakharov will participate in a few road races. Before the World Championships in Berlin together with Astana Pro Team Zakharov was at the training camp in Calpe, Spain, while after that he performed at the Saudi Tour, where he finished 25th in the overall standings.

It is worth to be noted, that thanks to the points, won by the riders of Astana Pro Team, at the Olympic Games in Tokyo the Road National Team of Kazakhstan will have 3 representatives in the road race. One more rider will have a chance to participate in the individual time trial.