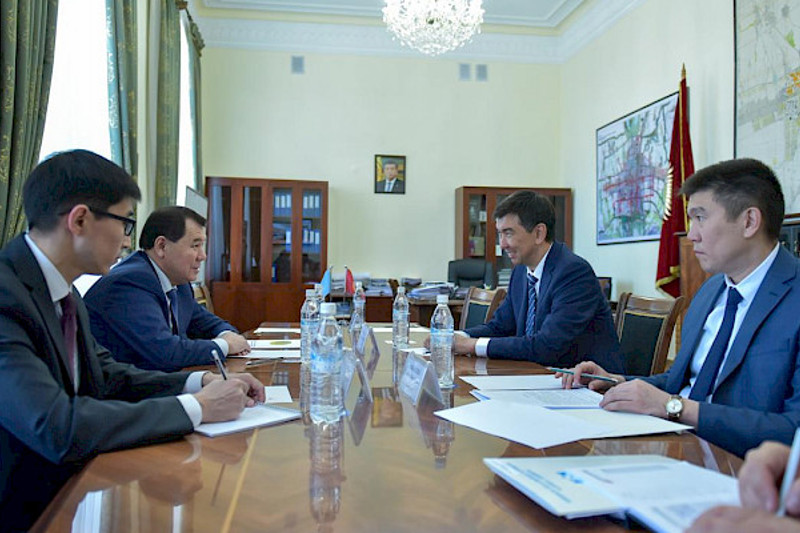 During the meeting the mayor noted the importance of developing mutually beneficial cooperation with the Republic of Kazakhstan and, in particular, with Nur-Sultan and Almaty twin cities, the press service of the Mayor's Office reported.

The sides discussed the issue of installing monuments to Manas in Nur-Sultan and Abai Qunanbayev in Bishkek.

Manas is the largest Kyrgyz epic and the name of his main character - a warrior, who united the Kyrgyz people. Manas epic has been inscribed on the UNESCO Representative List of the Intangible Cultural Heritage of Humanity, as well as in the Guinness Book of Records as the largest epic in the world.

Abai Qunanbayev is a Kazakh poet, composer and philosopher. He was also a cultural reformer who greatly contributed to the dissemination of European and Russian culture among Kazakhs based on enlightened Islam.