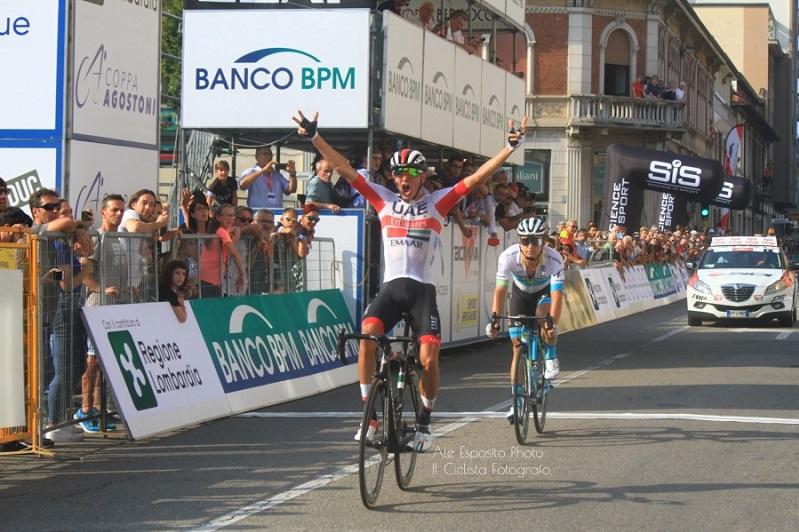 195.5 km long race on the roads of Lombardy were characterized by a hilly route. At the 50 km before the finish, at penultimate climb, it was an attack of a group of 10 riders with our Kazakhstan champion Alexey Lutsenko among them, Astana Pro Team’s official website reads.

At 40 km to go Lutsenko attacked from this group, and Alexandr Riabushenko, who subsequently became the winner of the race, managed to join him. Alexey Lutsenko completed the race on the podium, taking second place.

«The guys did a great job today for our leader, Alexey Lutsenko. Alexey chose the right moment to attack, but worked too much in breakaway and did not save energy for the final sprint. In general, I am satisfied with the work of the whole team today, as well as the performance of Alexey Lutsenko, who is in very good conditions before the upcoming World Championship,» commented sports director Stefano Zanini.

«It was very intense race today. After passing of the last climb, I managed to attack and made a gap, Alexandr Riabushenko joined to me a bit after, and at the almost last 37 km I worked very hard to get to the finish together. My companion for this breakaway told me that he feels bad and don’t have a good legs, so I took responsibility and did my best to do it until the finish. I’m a little bit upset because I was sure that I would win. If I knew that there would be such a situation at the finish, I would have saved some energy for the final, so next time I should be smarter. In any case, the second place is also not bad, I’m glad that my conditions are growing, and it was a good repetition before the World Championships» said Alexey Lutsenko after the finish.