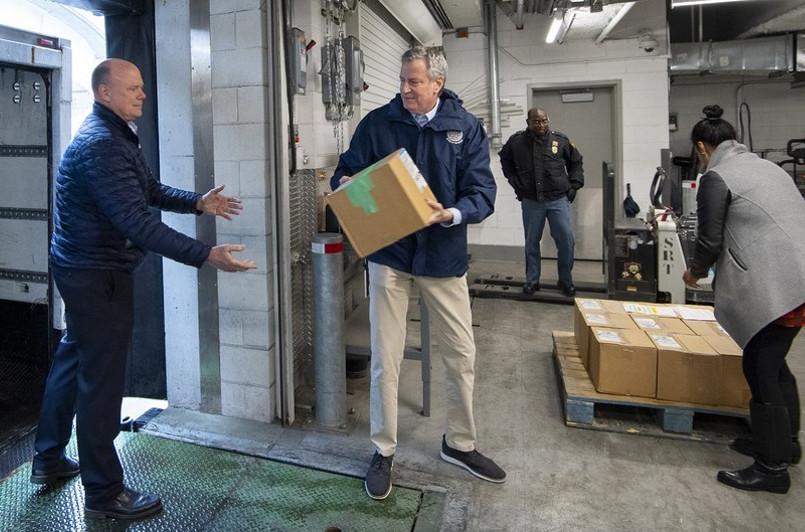 NEW YORK. KAZINFORM - On behalf of the city, the Mayor of New York, Bill de Blasio, was on hand to receive 250,000 face masks donated by the UN on Saturday, destined for health workers in the metropolis that is home to the Organization’s Headquarters.

The UN chief praised medical professionals in New York City who, he said, have been working «courageously, selflessly, and tirelessly in response to the spread of COVID-19 across the boroughs,» in a reference to the five boroughs into which the City is administratively divided (Manhattan, Queens, The Bronx, Brooklyn and Staten Island).

Mr. Guterres went on to express his hope that the protective equipment will «play some small role in saving lives».

Shortly after the statement was released, the governor of New York, Andrew Cuomo, said in a press conference that the spread of the virus is leaving people disorientated. The State is on lockdown and, said Mr. Cuomo, the peak of the virus is still forecast to be up to three weeks away.

728 people have died from COVID-19, said the New York governor, and the State is working on three hospitals dedicated to COVID-19 patients. The mayor of New York City, Bill de Blasio, said on Friday that the City needs some 15,000 ventilators to treat critically patients.

Noting that the UN speaks «with one voice to express our resolute support for this great city and its proud people», the Secretary-General expressed his hope that the «modest donation» of face masks will makes a difference.

New York, declared Mr. Guterres is «not just our home or the headquarters of the United Nations. It is a vibrant international capital through which the world communicates, debates, trades, and prospers».

United Nations and US Mission personnel are currently working with the Mayor’s office to ensure the swift delivery of the face masks to medical facilities around the city.