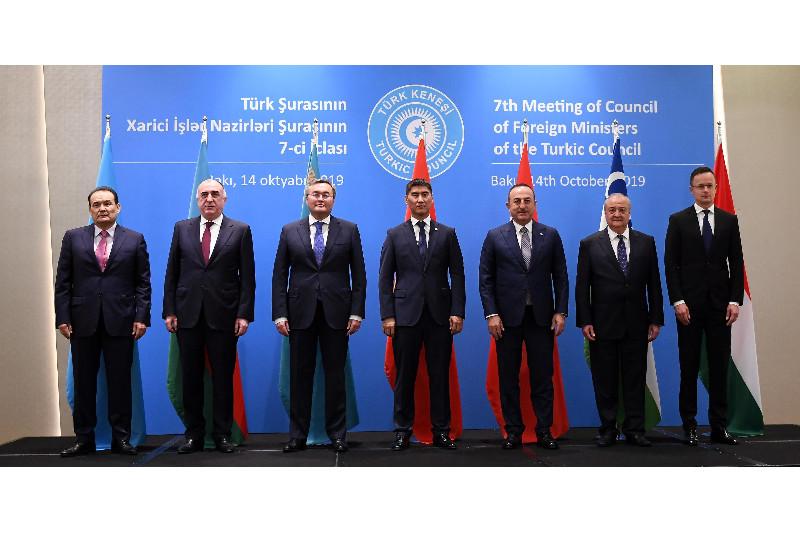 The event has been attended by Kazakhstan Foreign Minister Mukhtar Tleuberdi, Kazinform reports citing the press service of the Ministry.

Those present reconciled the draft agenda and final documents which will be approved and signed at the siting of the Council of the Heads of State. The Summit is expected to adopt the Declaration of the 7th Summit and the Decision on the creation of the Coordinating Committee of the Turkic cooperation organizations, as well as the signing of the Agreement between the CCTS Secretariat and the Government of Hungary on opening the CCTS Representation Office in Budapest. In addition, the Heads of the CCTS are planning to approve the Joint Statement on Uzbekistan’s accession to the Nakhchivan agreement.

Following the meeting, the ministers signed a number of documents that regulate the Turkic Council representation opened this September 19 in Budapest.

By a separate decision of the ministers Hungary was granted a status of an observer under the Fund for Turkic Culture and Heritage.

As earlier reported, the Cooperation Council of Turkic-speaking States was initiated by the First President of Kazakhstan, Nursultan Nazarbayev, in 2009 in Azerbaijan. Its secretariat is headquartered in Istanbul, Turkey.

Within the framework of the Ministerial Council, Foreign Affairs Minister M. Tleuberdi held separate meetings with the Foreign Ministers of Azerbaijan, Turkey and Hungary. The parties have considered prospects for further development of bilateral cooperation.