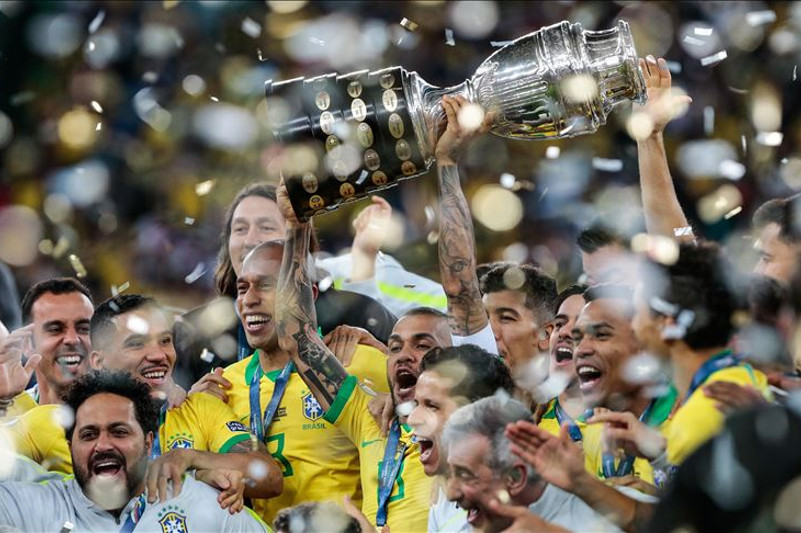 Peru scored the equalizer by a penalty kick, near the end of the first half. The Peruvian striker Paolo Guerrero converted the penalty into a goal successfully.

Brazil scored the leading goal once again, as forward Gabriel Jesus made it 2-1 for Brazil in the first half's injury time.

Jesus was sent off in the 69th minute of the final, after a foul as Brazil were down to 10 men.

In the 86th minute Brazil were awarded a penalty, as Everton was brought down in the area.

Richarlison hit the ball from the penalty spot into the nets, making Brazil to clinch the 3-1 victory over Peru.

Everton was named as the player of the final.