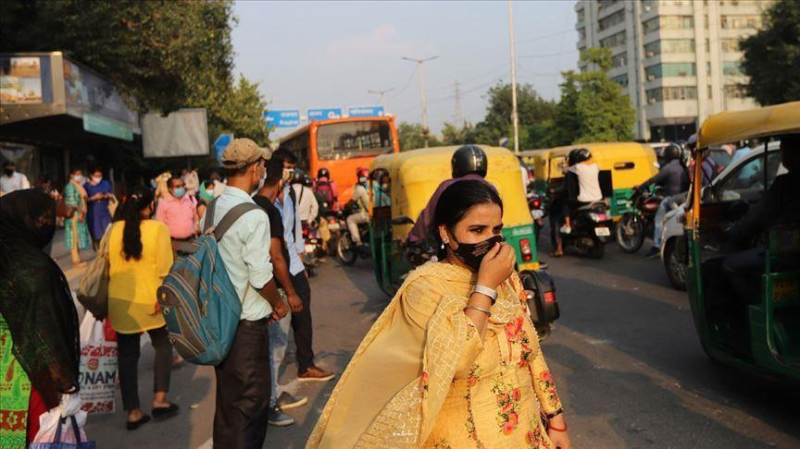 NEW DELHI. KAZINFORM - India’s coronavirus infections crossed the 8 million mark on Thursday after it recorded more than 49,000 new cases in the last 24 hours, according to official figures, Anadolu Agency reports.

The Health Ministry announced that 49,881 additional infections were registered, taking the total to 8,040,203.

Earlier this month, India was witnessing a steady decline in infections as a government-appointed panel had noted that the country possibly crossed its infections peak last month.

The current spike came two days after the country since July has reported its lowest single-day cases at 36,370 on Tuesday.

According to the Health Ministry data, five states, including the capital Delhi, account for nearly 50% of the new cases.

Health Minister Harsh Vardhan said extensive efforts are being made for vaccine development and its equitable distribution.

«Of the nine vaccine candidates globally, which are in advanced phases of the clinical trial, three are from India. The states have been asked to draw up lists of people who need to be immunized on priority,» he said.

Across the world, COVID-19 has claimed more than 1.17 million lives in 190 countries and regions since last December.

The US, India, and Brazil are currently the worst-hit countries.

Above 89% of air passengers arrive in Kazakhstan with PCR testing results
News from dashboard.idealmedia.com
Popular