ROME. KAZINFORM Italy on Tuesday marked its annual Republic Day with a tribute to the almost 33,500 Italians who lost their lives to the novel coronavirus.

The national holiday is the anniversary of June 2, 1946, when a majority of Italians voted in favor of being a republic instead of a monarchy in a national referendum that was also the first time women were allowed to vote, Xinhua reports.

On Tuesday morning, Italian President Sergio Mattarella placed a wreath at the Tomb of the Unknown Soldier, a monument in the central Piazza Venezia, in the presence of Prime Minister Giuseppe Conte and other top officials.

Then the Air Force acrobatics team -- the Frecce Tricolori (Italian for «three-colored arrows») -- flew in formation over the capital, leaving smoke trails in the colors of the Italian flag: green, white, and red.

This year, beginning on May 25, the Frecce Tricolori have flown over the capitals of Italy's 20 regions in what the Air Force called «a symbolic hugging of the entire nation with the three-colored smoke in a sign of unity, solidarity and recovery.» 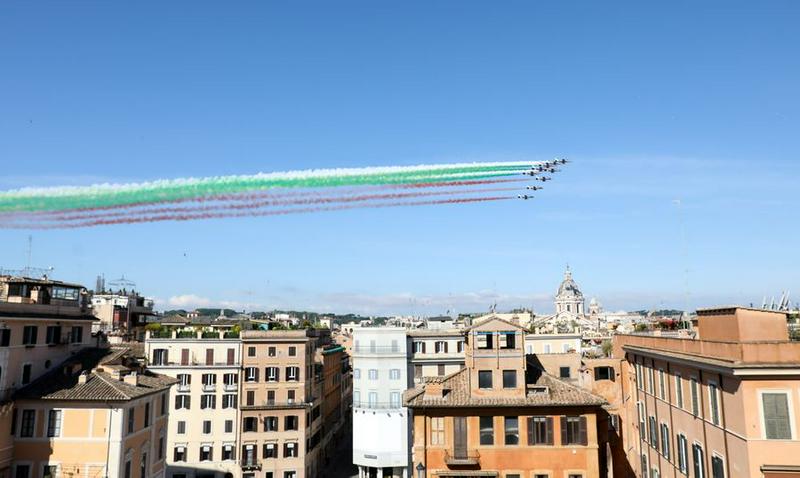