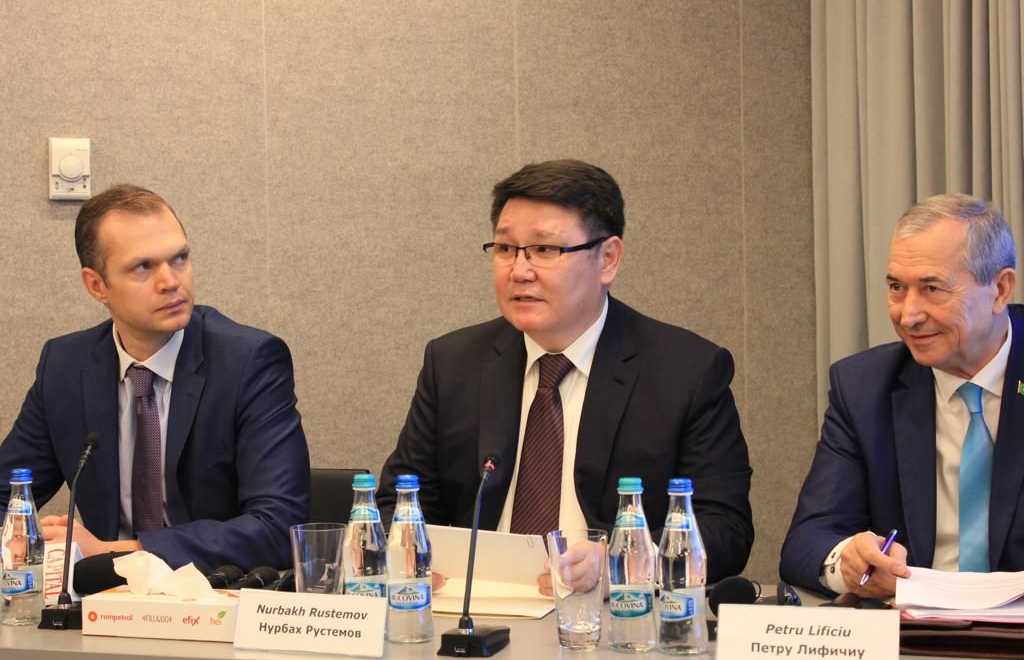 NUR-SULTAN. KAZINFORM On November 28, Kazakh Ambassador to Romania Nurbakh Rustemov held a briefing with representatives of the diplomatic corps and international organizations, as well as local media, the press service of the Kazakh MFA informs.

During the event, the Kazakh diplomat informed the guests about the tasks set by President Kassym-Zhomart Tokayev in his State of the Nation Address as of September 2, 2019. He noted that, while maintaining the continuity of the path paved by Elbasy Nursultan Nazarbayev, the Head of State set an objective to conduct consistent, balanced and gradual political modernization.

The briefing participants were informed about the upcoming holiday in Kazakhstan - the Day of the First President.

The Ambassador emphasized the contribution of Elbasy to transformation of Kazakhstan into one of the fastest growing economies in the world.

In his turn, Chairman of the Kazakhstan-Romania Chamber of Commerce and Industry Mr. Petru Lificiu, speaking at a briefing, drew the attention of the guests to the role of the First President in establishing and developing mutually beneficial cooperation between Kazakhstan and the world community.

In addition, as part of the event, Nurbakh Rustemov spoke about the state and prospects in many areas of bilateral cooperation. The trade turnover between our countries for 9 months of 2019 amounted to 1.373 billion dollars. At the same time, he noted the necessity for joint active work to significantly diversify the structure of trade.

The attention of those present was drawn to the fact that the development of cooperation between Kazakhstan and Romania is positively facilitated by the activities of Kazakhstan’s largest foreign asset, «KazMunayGas International», which contributes to enhancing the energy security of the host country.

Also, the Ambassador shared with his plans to deepen bilateral cooperation for 2020, inviting all those interested to take an active part.