Kazakh Ambassador presents credentials to Head of State of Malaysia 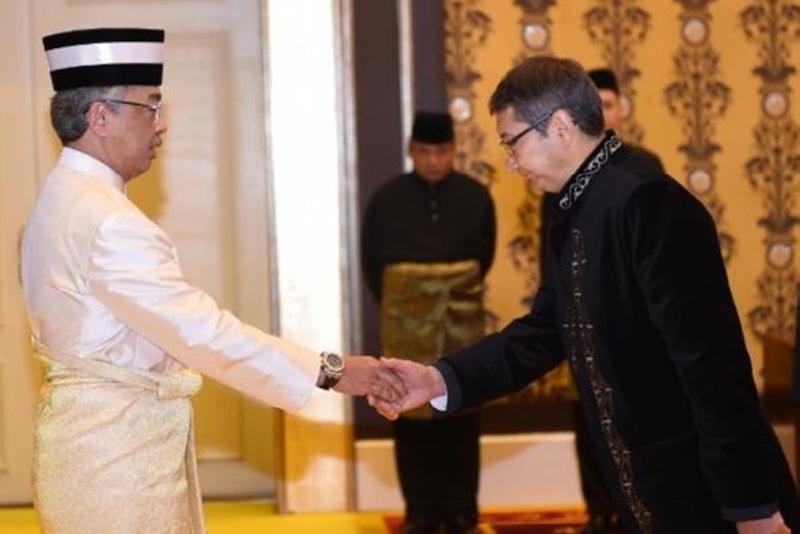 KUALA-LUMPUR. KAZINFORM - The solemn ceremony of presenting the Credential Letters by Ambassador of Kazakhstan Bolat Imanbaev to the Head of State of Malaysia His Majesty Al-Sultan Adullah Ri'ayatuddin Al-Mustafa Billah Shah ibni Sultan Haji Ahmad Shah Al-Musta'in Billah, the Yang di-Pertuan Agong XVI of Malaysia was held at the Royal Palace «Istana Negara», Kazinform has learnt from the Kazakh Embassy in Malaysia.

The Ambassador conveyed warm greetings to the Head of State of Malaysia on behalf of President of Kazakhstan Kassym-Jomart Tokayev and emphasized the interest of his country in further expanding and strengthening of mutually beneficial bilateral cooperation with Malaysia.

During the bilateral meeting, which was followed to the ceremony, Ambassador Imanbayev noted that Kazakhstan-Malaysia trade-economic and investment relations are characterized by a high level of comprehensive cooperation, which affirms by the growth of mutual trade. For the first 4 months of 2019, bilateral trade increased by more than 6 times compared to the same period of 2018.

The Yang di-Pertuan Agong XVI of Malaysia commended the successes of Kazakhstan achieved during the years of independence and reaffirmed the interest in further enhancing traditionally friendly, mutually beneficial ties between our countries.

His Majesty conveyed best wishes to the First President of Kazakhstan - Nazarbayev and newly elected President Kassym-Jomart Tokayev and wished further progress and prosperity to the people of Kazakhstan.