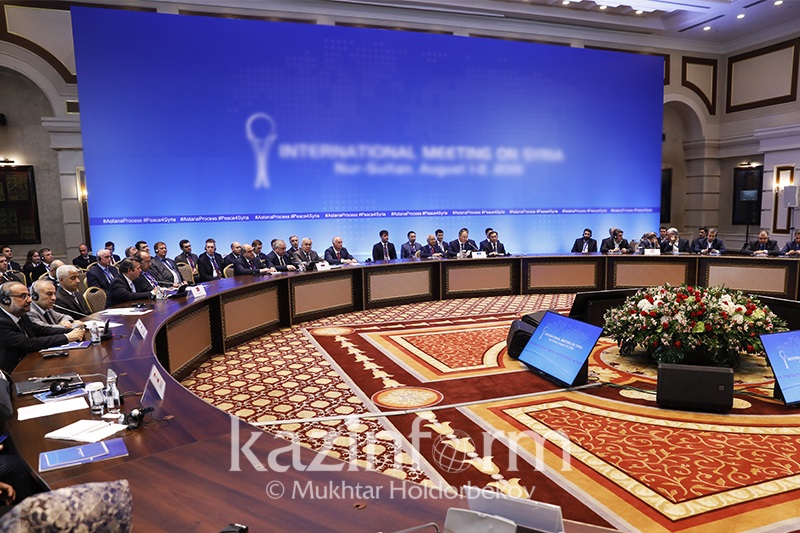 NUR-SULTAN. KAZINFORM On December 10-11, the Kazakh capital will host the 14th regular High-Level Meeting on Syria, according to Official Spokesperson of the Ministry of Foreign Affairs Aibek Smadyarov, Kazinform reports.

«Delegations of guarantor states – Iran, Russia and Turkey, the Syrian Government and Armed Coalition are expected to join the meeting. High representatives of the UN, Jordan, Lebanon and Iraq will attend the meeting as well,» Aibek Smadyarov said.

The agenda of the meeting will include the following issues: the situation on the Syrian land with a focus on the provinces near the Euphrates River and the Daesh, confidence-building measures, including the release of hostages and search for missing people, boosting humanitarian assistance to Syria within the context of settlement of problems of refugees and internally displaced persons, the discussion of the relevant initiatives on holding an international conference, promotion of the political process in light of the launch of the constitutional committee.

«The 10th session of the Working Group on forcibly held persons with the participation of guarantor countries and UN experts, as well as the International Committee of the Red Cross will be held on the sidelines of the meeting,» Smadyarov added.
Keywords: Astana Syria talks,
:
Read also
News from dashboard.idealmedia.com
Popular