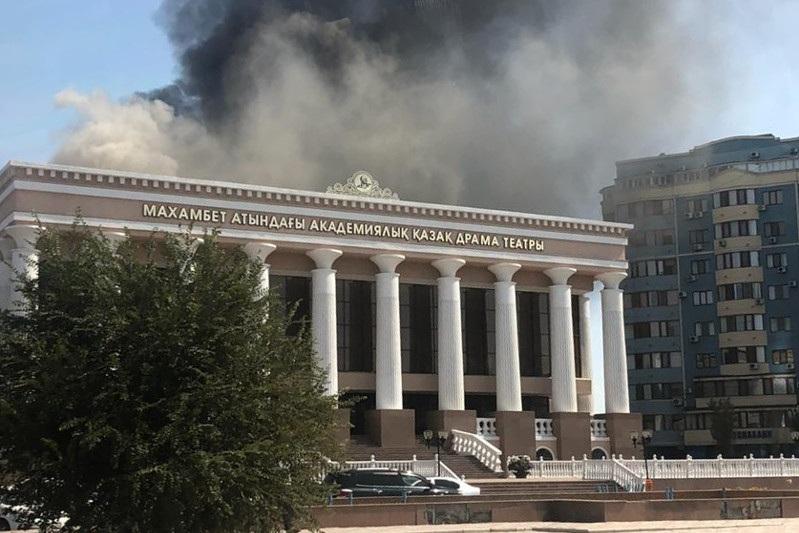 ATYRAU. KAZINFORM A building of the Kazakh Drama Theater caught a fire in the city of Atyrau, Kazinform learnt from the Emergencies Committee of the Ministry of Internal Affairs of the Republic of Kazakhstan.

The municipal fire-fighting department was informed of the fire in the theater at 02:30pm.

The fire that broke out in the switchboard room on the second floor, spread later to the roof of the building.

The area of the fire made approximately 1,500 square meters.

40 people and 7 units of equipment are involved in the fire extinguishing operation. 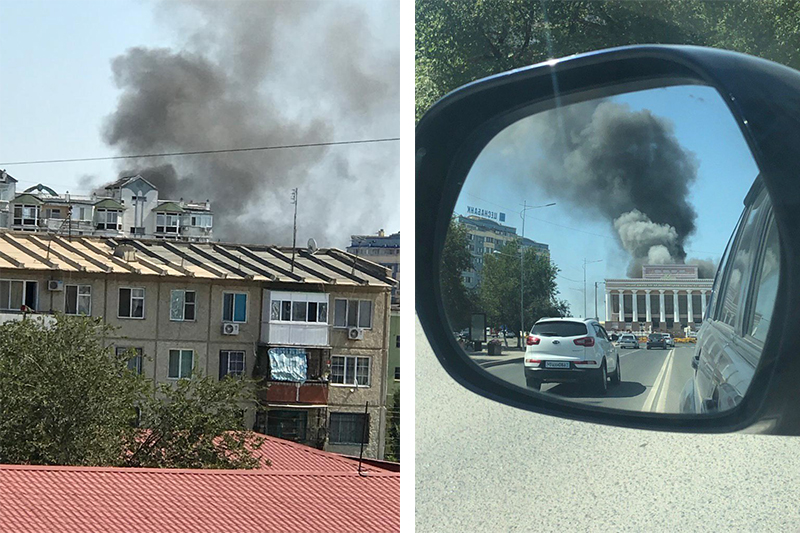