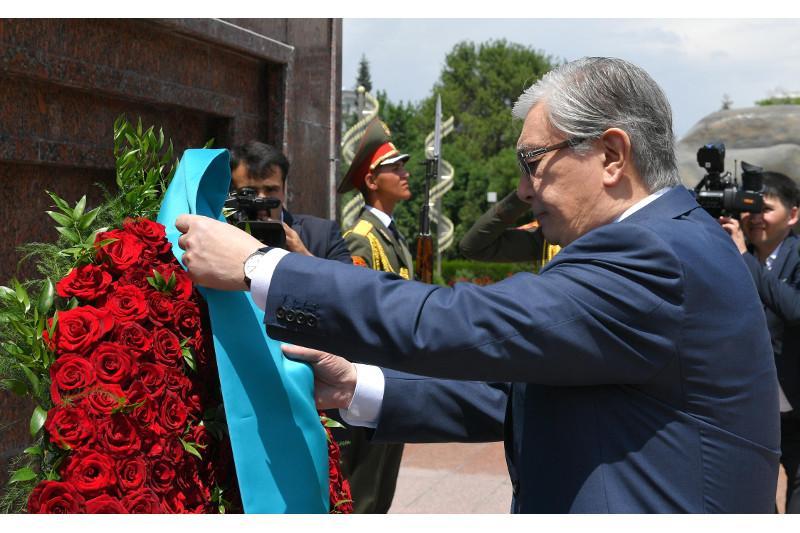 DUSHANBE. KAZINFORM – As part of an official visit to Tajikistan Kazakh President Kassym-Jomart Tokayev laid a wreath at the Statue of Ismoil Somoni who founded Tajik statehood, Kazinform cites the press service of Akorda.

The Statue of Ismoil Somoni sits at the National Reconciliation and Reconstruction of Tajikistan memorial complex.

The event was followed by an official reception ceremony on behalf of the Tajiks President was held at the Navrus Palace on the occasion of the Kazakh President’s arrival. 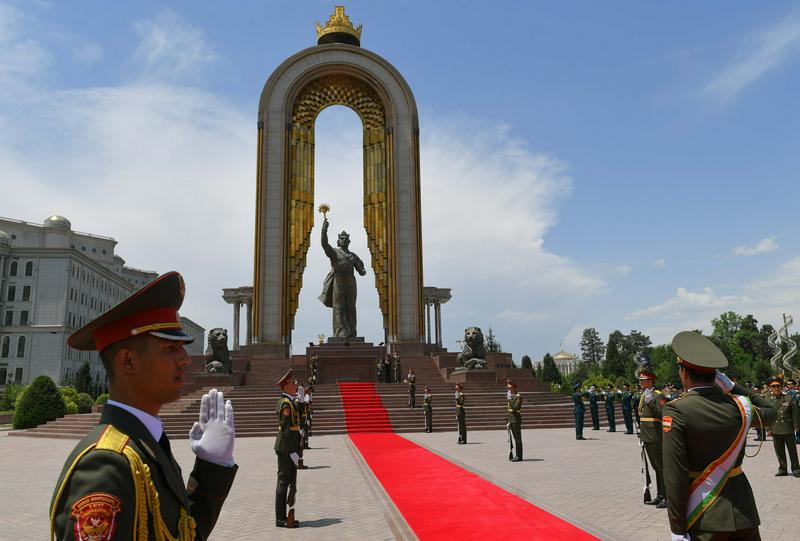 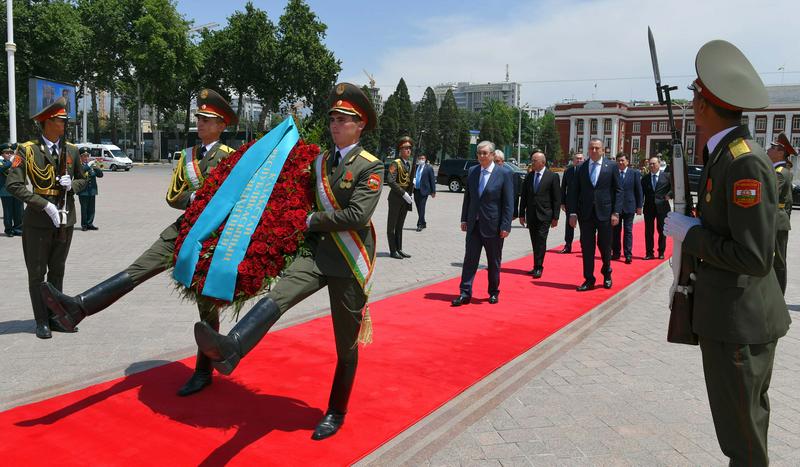 As part of the visit the two Presidents held the talks at the Palace of Nations in Dushanbe. Later, they made a joint statement. 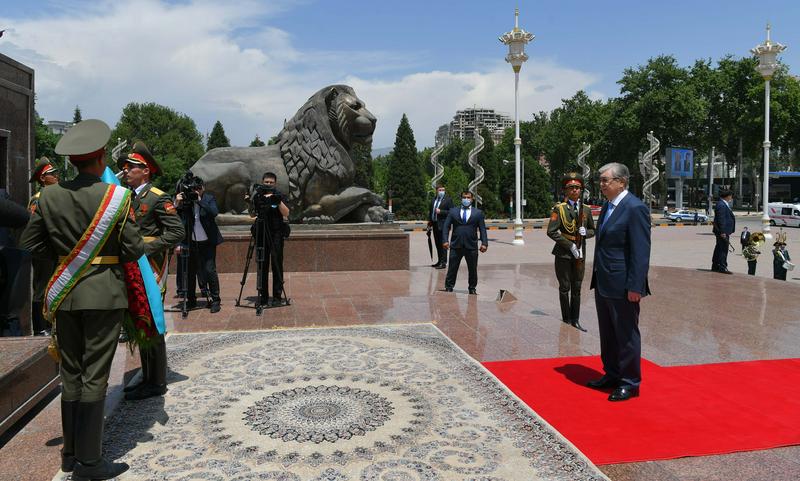 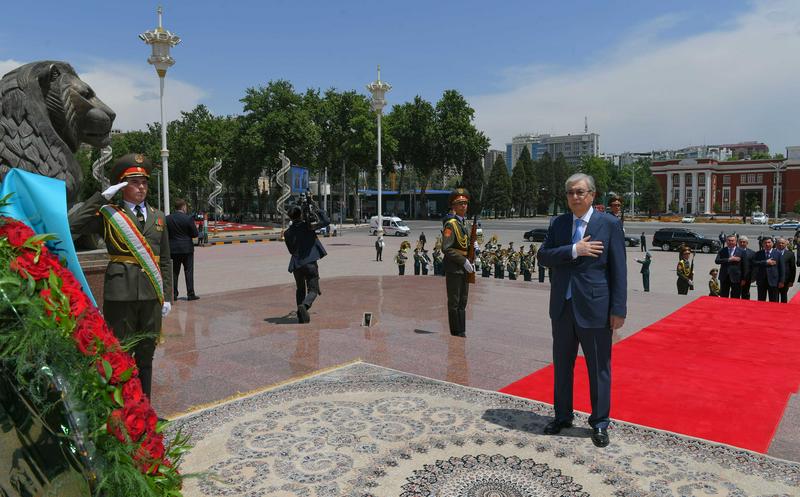 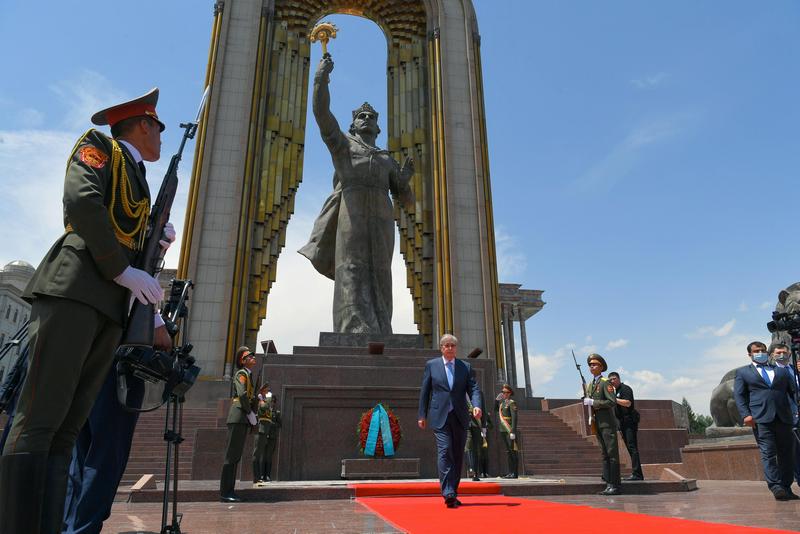