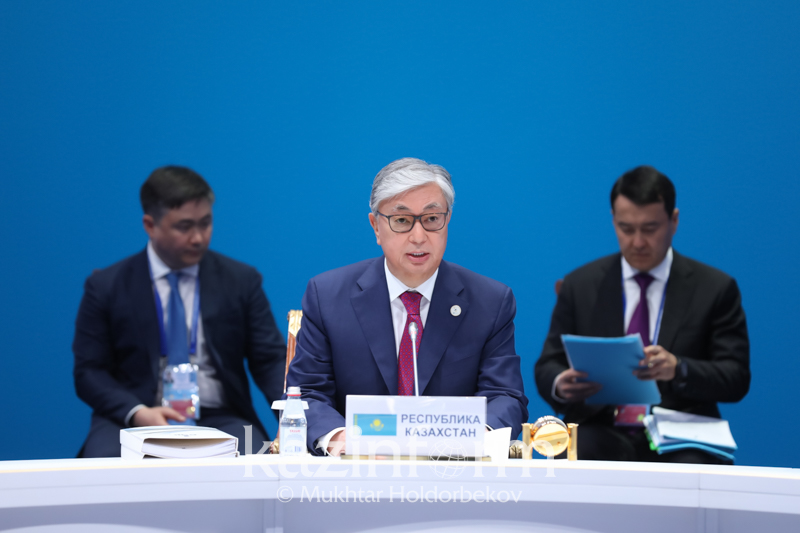 NUR-SULTAN. KAZINFORM - President of the Republic of Kazakhstan Kassym-Jomart Tokayev has named today the most important vectors of the Eurasian Economic Union development, Kazinform correspondent reports.

"Collaborative effort will allow to build a big and economically strong Eurasia in the foreseeable future. To that end, we need to specify and name the most crucial vectors of the integration association for the coming period," Kassym-Jomart Tokayev told a meeting of the Supreme Eurasian Economic Council.

"During the meeting of the Supreme Eurasian Economic Council in Sochi in May last year, the First President of Kazakhstan, Nursultan Nazarbayev, proposed to implement infrastructure megaprojects: the construction of the Eurasia High-Speed Railway and the Eurasia Canal. These projects could become a symbol of Eurasian integration, give added momentum to the economies of our countries and firmly consolidate Greater Eurasia," added the President of the Republic of Kazakhstan.

Thus, according to him, Kazakhstan has completed its part of the Western Europe-Western China Transit Corridor and successfully integrated into the international transport system.

"The planned completion of work on this project in the territory of Russia will make it possible to ramp up the transportation of goods along the entire corridor. As a result, our states will become even more competitive and attractive for east-west-east transit," the Head of State concluded.

Scorching heat to grip west of Kazakhstan this week