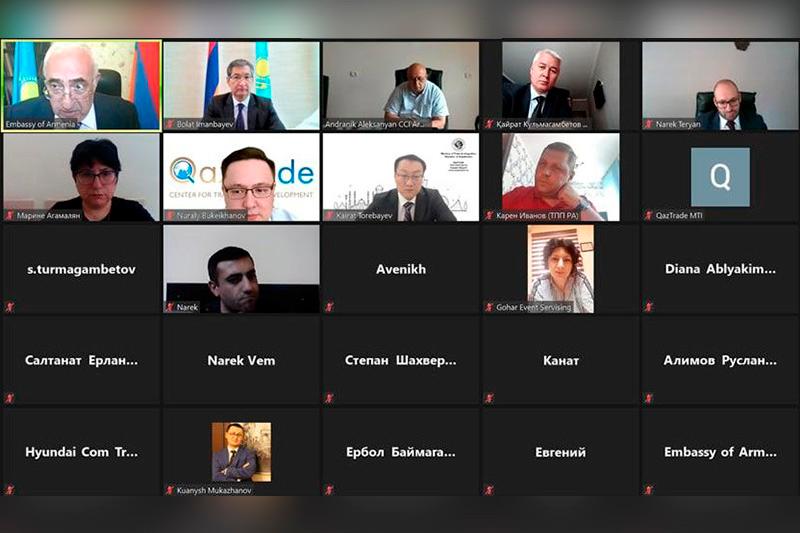 YEREVAN. KAZINFORM - Within the framework of the upcoming 8th meeting of the Intergovernmental Kazakh-Armenian Commission on Economic Cooperation, an online business forum was held with the participation of more than 30 companies from the two countries, Kazinform has learnt from the press service of the Kazakh MFA.

Kazakh businesses were represented by producers of goods and services in such sectors as: construction of railways and highways, modernization of heating systems, renovation of urban transport infrastructure and food industry.

The Armenian side was represented by companies in the field of construction, food products and consulting.

During the forum, representatives of companies Kazakh Export and Kazakh Invest acquainted the entrepreneurs of the two countries with the possibilities of state support measures provided for the promotion of Kazakhstani goods in foreign markets.