Kazakhstan can be hub for Turkish investments - Ambassador Saparbekuly 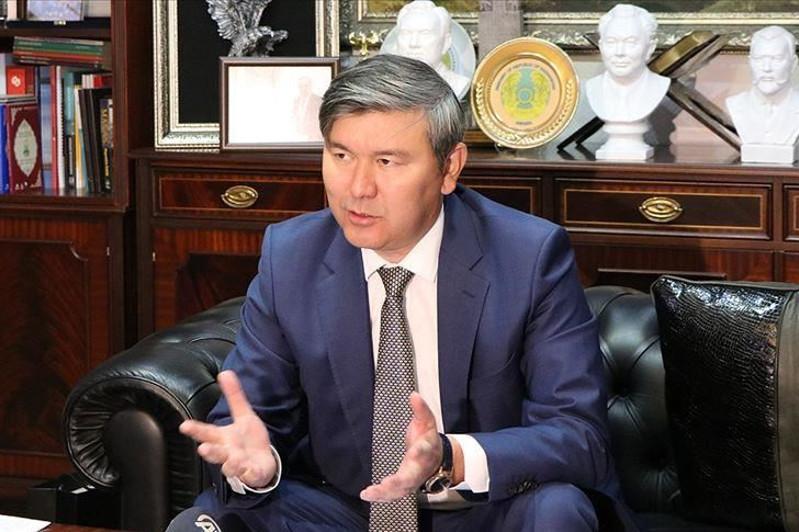 ANKARA. KAZINFORM Kazakhstan can be a great hub for Turkey's investments with cooperation of two countries' major investors, the Kazakh ambassador in Ankara said.

«We should work together for utilizing opportunities in Turkey and Kazakhstan,» Abzal Saparbekuly told Anadolu Agency.

He expressed that Turkish organized industrial sites should be introduced in Kazakhstan and open offices there.

Some $24 billion of the total of $27 billion investments in the middle Asia region were in Kazakhstan last year, he added.

He also said: «We aim to reach $35 billion foreign investments annually in 10 years. Kazakhstan was the 25th country in the World Bank's Ease of Doing Business Report, and the country targets to enter the top 10 countries within 5 years» .

Saparbekuly also said Turkey was among the top 10 countries which invest in Kazakhstan, with a $275 million investment this year for the first time.

As of the end of this year, the two countries' bilateral trade is expected to reach around $3 billion, he noted.

«In Kazakhstan, there are opportunities in several areas such as food, agriculture, livestock and construction, investors can make investments in every field,» Saparbekuly stressed.

Referring to Kazakhstan-Turkey Business and Investment Forum, which will be held in Istanbul on Sunday with the participation of the two countries' top officials, he said 150 businesspeople will come to Turkey for cooperating in various areas in Turkey.

During the forum, Kazakhstan's business and trade potential in numerous areas such as energy, mining, petrochemicals, construction, industry, agriculture and other goods will be introduced for Turkish businesspeople, he added.

Last year, within the scope of the forum, agreements worth $1.7 billion were signed, he reminded.