Kazakhstan joins the Group of States Against Corruption 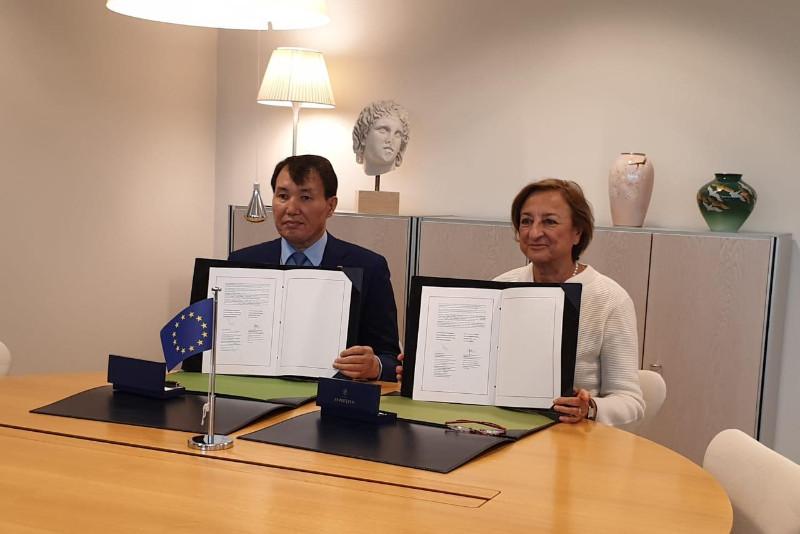 NUR-SULTAN. KAZINFORM - The Republic of Kazakhstan and the Council of Europe have signed an agreement on Kazakhstan’s entry into the Group of States Against Corruption (GRECO), Kazinform reports referring to the press service of the Anti-Corruption Service of Kazakhstan.

GRECO is an initiative within the framework of the Council of Europe, created in 1999. It was informed that GRECO joined 49 states including Austria, the USA, Great Britain, Germany, France, the Netherlands, Finland, etc. It should be noted that the following countries of the former Soviet Union are part of the organization: Azerbaijan, Armenia, Belarus, Georgia, Russia, Ukraine and Estonia.

The two main tasks assigned to GRECO are improving the methods of combating corruption in the participating countries and creating the basis for the exchange of best practices in the prevention and detection of cases of corruption.

Kazakhstan side was represented by the chairman of the Anti-Corruption Agency Alik Shpekbayev.

The Council of Europe was represented by Deputy Secretary General Gabriella Battini-Dragoni. She noted significant progress in the implementation of the anti-corruption policy in Kazakhstan.

«I am proud of the achievements of Kazakhstan and the willingness to effectively cooperate with the GRECO member states. We look forward to the next steps including your country's accession to the Criminal Law Convention on Corruption», said Gabriella Battini-Dragoni.

Alik Shpekbayev explained that Kazakhstan has been cooperating with the Council of Europe and its structures since 1997.

«We have the opportunity to participate in a number of expanded agreements that allow us to work together with the Council member states on the issues of particular interest. Cooperation with GRECO demonstrates the commitment of our country, as a full member of the UN Convention against Corruption, to the fundamental principles of the Council of Europe and our country's intention to improve anti-corruption measures. Joining GRECO paves the way to adopt the best European practices in the fight against corruption», A. Shpekbayev emphasized.

During the working meeting, Gianluca Esposito, GRECO Executive Secretary, said: «Accession negotiations have been completed successfully. We expect a speedy ratification of the agreement by Kazakhstan which is entering this prestigious initiative as the 50th member».