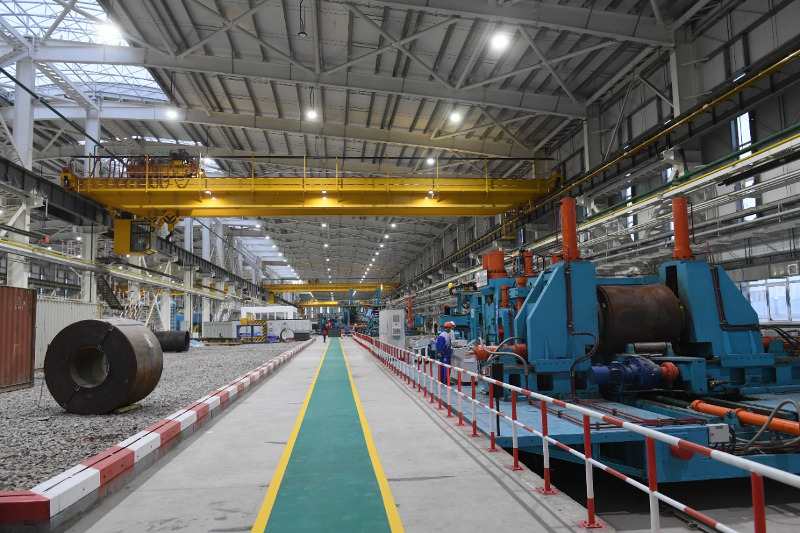 ALMATY. KAZINFORM The largest industrial object was launched in the industrial zone of Almaty on the eve of the 30th anniversary of Independence of Kazakhstan, Kazinform reports.

Almaty Mayor Bakytzhan Sagintayev took part in the opening ceremony of the wrought iron pipe plant and congratulated the plant staff and authorities on the 30 th anniversary of Independence. He noted that the plant let create new workplaces and strengthen the city economy.

The project is realized by Asia Steel Pipe Corporation LLP. The wrought iron pipes are designed for oil, gas, water transportation. Besides, pipes will be used in mining, construction, chemical industries, energy. The project cost is KZT 33 bln. 304 permanent jobs were generated there. The project capacity is 100,000 tons of pipe products a year.

As stated there, 18 projects worth KZT 112,7 bln were implemented there. 2,957 jobs were created at the Almaty industrial zone.