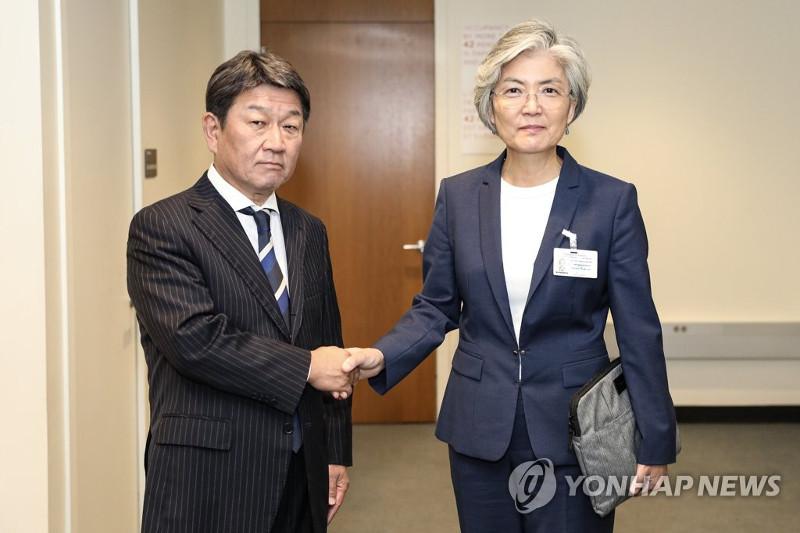 Her trip to Nagoya for the two-day gathering comes hours before the planned termination of a bilateral military intelligence-sharing accord with Japan. She will take a 7 p.m. flight to the Japanese city, according to the source.

The General Security of Military Information Agreement (GSOMIA) is due to expire at midnight Friday, three months after Seoul decided in August to terminate the pact in response after Japan imposed export restrictions against the South in a row over wartime forced labor.

Seoul has said it can't retract the decision unless Japan withdraws the export curbs first.

Last-minute diplomatic consultations were apparently under way in Seoul to avert the termination. The government is expected to announce its final decision after holding a National Security Council session in the late afternoon.

During the G-20 meeting, Kang is expected to hold one-on-one talks with her Japanese counterpart, Toshimitsu Motegi.

When asked by reporters if she was meeting with Motegi, Kang said, «Yes, (I am attending) the G20 meeting,» as she left the foreign ministry building.

She could also meet with David Stilwell, U.S. assistant secretary for East Asia and Pacific affairs, and John Sullivan, U.S. deputy secretary of state, who will also be on hand.