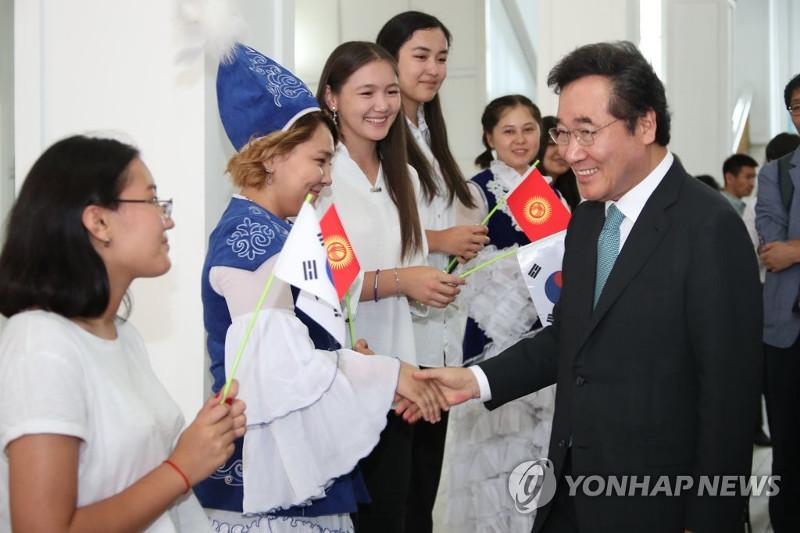 BISHKEK. KAZINFORM - A prominent state university in Kyrgyzstan has launched a Korean language degree program to meet growing demand for learning the language among students in the country, Yonhap reports.

Kyrgyz National University in Bishkek held a ceremony marking the establishment of the new department Wednesday.

In his congratulatory remarks, Lee expressed his gratitude and pledged to cooperate in running the program.

Lee visited the central Asian country as part of his four-nation trip, which also includes Bangladesh, Tajikistan and Qatar.

He noted about 5,900 elementary and secondary school students and 2,300 university and college students in Kyrgyzstan are learning the Korean language.

«Korean is ranked 13th in terms of the number of speakers and about 1,360 universities and institutions in 105 countries are running Korean studies courses,» he added.

«I look forward to seeing you working as a bridge between Kyrgyzstan and Korea,» Lee told the students majoring in the Korean language.

At the ceremony, the Korean Education Center in Bishkek and Kyrgyz National University signed a memorandum of understanding to cooperate in running the language program.