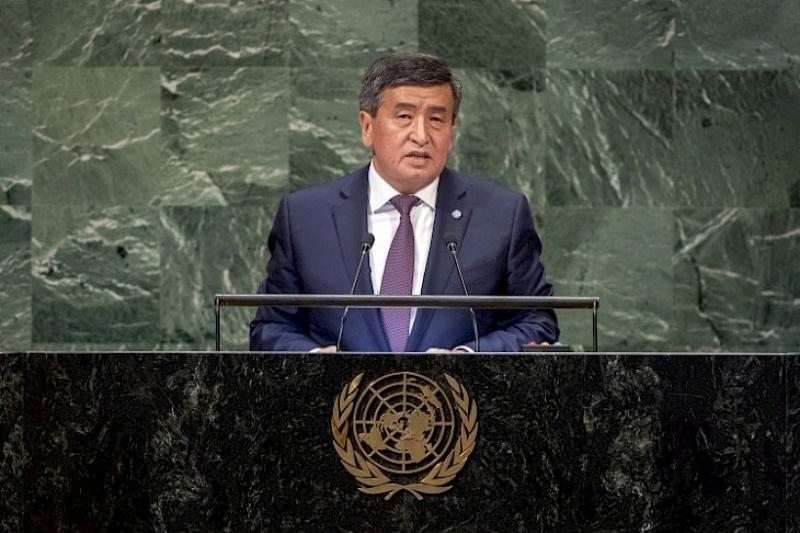 BISHKEK. KAZINFORM - Kyrgyzstan put forward its candidacy for a non-permanent seat on the UN Security Council for the period 2027-2028, President Sooronbay Jeenbekov told on Tuesday during his speech at the 73rd session of the UN General Assembly in New York, Kabar.kz reports.

He said that Kyrgyzstan has put forward its candidacy in order to draw the attention of the UN and the world on the problem of small states.
Jeenbekov recalled that there is a need to form fundamentally new international mechanisms that are adequate to modern challenges and threats. The organization needs changes, and this is a requirement of the time, of the present realities.

"This reform should be based on the principles of universality, broad geographical representation and the widest possible support of the UN member-states. Kyrgyzstan is striving to make its contribution to the common cause of the UN for ensuring peace, global security and sustainable development," Jeenbekov said.

"Support for countries that have not been previously elected to the UN Security Council will give confidence in the equality of members and thereby raise the authority of the Organization and strengthen its credibility. Kyrgyzstan views the UN as an authoritative and universal international organization," the Kyrgyz President added.