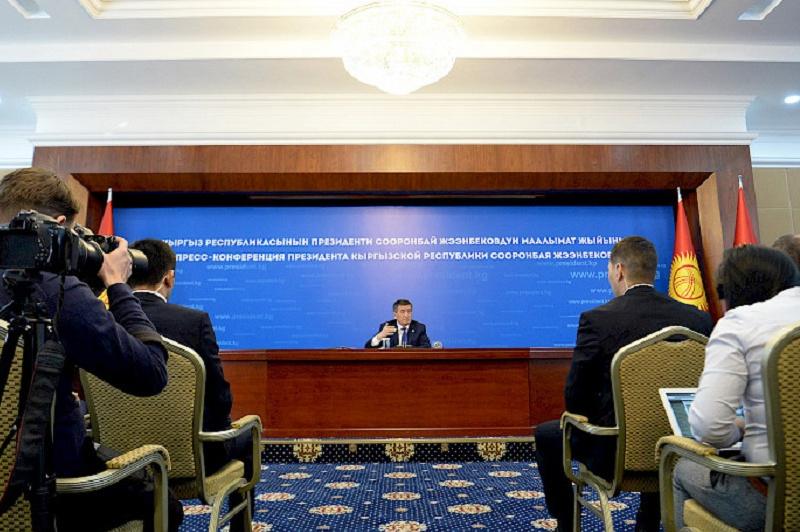 Jeenbekov noted Kyrgyzstan has taken its place in the EAEU space.

«We are full members of the Eurasian Union. There are many benefits and many obstacles have been removed. The issue of pensions has been resolved within the EAEC. At the moment, under this Union, talks in many areas are also underway: medicine, exports, job in Russia, services, etc. Russia is helping us a lot. Our products freely pass the borders. The issue of our citizens' stay in Russia has also been resolved. The decision to join the Union has met all expectations,» the President said.

The head of state noted the future of Kyrgyzstan lies in EAEU.

«Kyrgyzstan had no production. There were very few enterprises with small exports entering foreign markets, and now production has increased. It’s all thanks to Russia. We have small-scale production. Sometimes we go out in small volumes, but we work and grow. Our production is being exported,» he said.

A total of 188 journalists have been accredited for the event.

Of these, 160 journalists are from 77 national media and 28 journalists - from 15 foreign media, accredited by the Ministry of Foreign Affairs of the Kyrgyz Republic.