Several sections of the Dongbu Urban Expressway, Seoul Inner Loop, Olympic-daero and Gangbyeon Northern Highway have been closed to traffic due to the inner city river's swelled water level, according to the police and the city of Seoul.

As heavy rains continued to batter the country's metropolitan and central regions, authorities opened the floodgates of Soyang River Dam and Paldang Dam a day earlier, releasing the waters to empty into the sea through the Han River.

The swollen river also forced authorities to cut off access to riverside roads in Seoul's Yeouido and other areas. Jamsu Bridge linking the southern and northern parts of the city over the Han River also remained off limits.

As heavy rains continue to wreak havoc in the country's central regions, including the Seoul metropolitan area, the death toll has risen to 16 this month, according to the Central Disaster and Safety Countermeasure Headquarters. 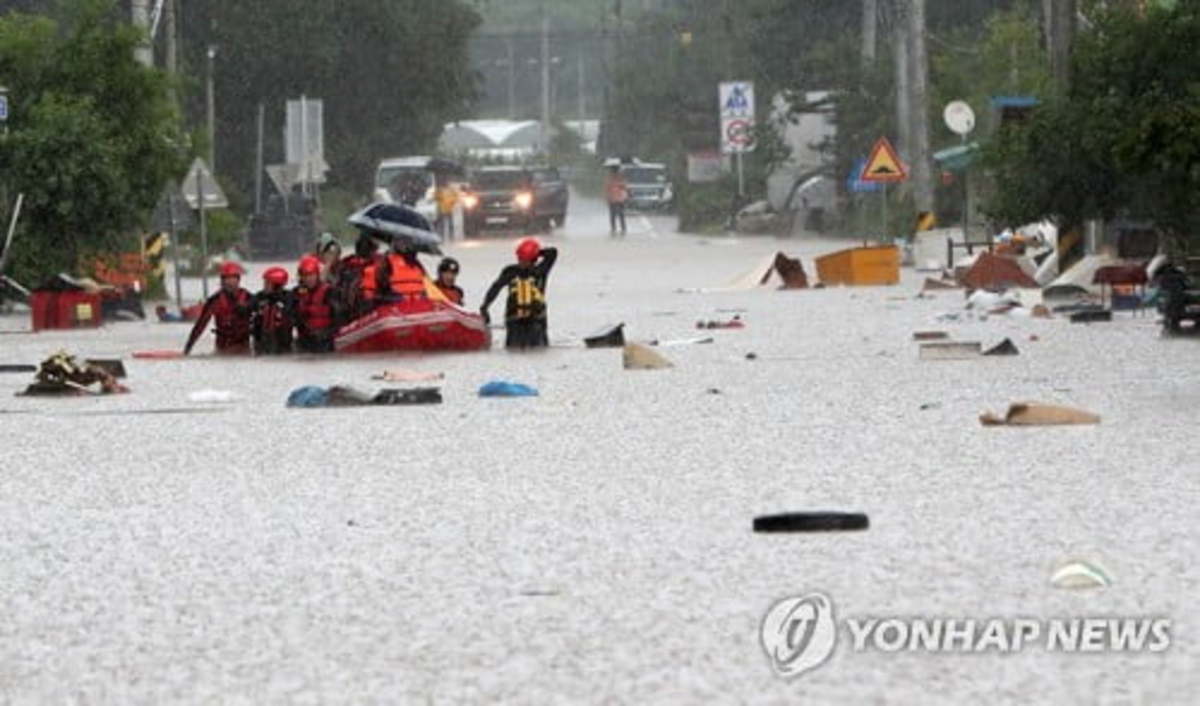 Eleven people remained missing as of Thursday morning due to the cloudburst, while more than 1,600 people were displaced from their homes in areas hit hardest, such as North and South Chungcheong provinces, Gyeonggi Province and Gangwon Province.

Three train lines, including Taebaek and Chungbuk, remained totally or partially out of service, while 39 roads across the affected areas were off limits due to mudslide damage from the torrential rains, according to authorities.

As of Thursday morning, more than 5,000 houses and facilities were reported flooded or damaged in the latest bout of heavy rains. Nearly 8,065 hectares of farm land have been inundated or ravaged.

The weather agency urged extra caution and safety measures, as the central and southern regions are expected to receive rainfall of up to 50 millimeters per hour with strong winds on Thursday and Friday. 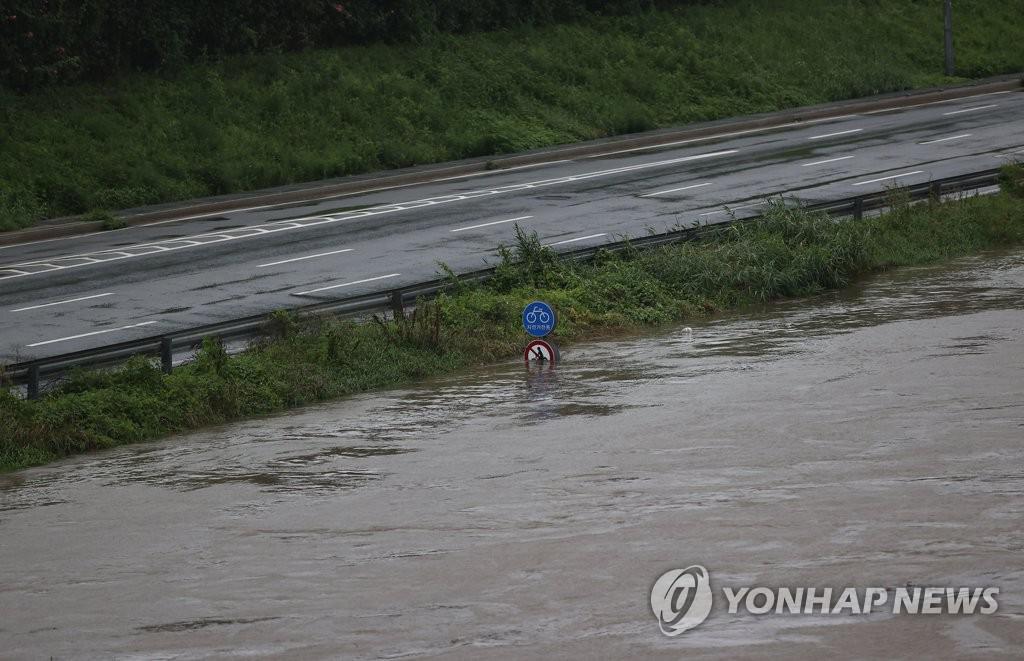