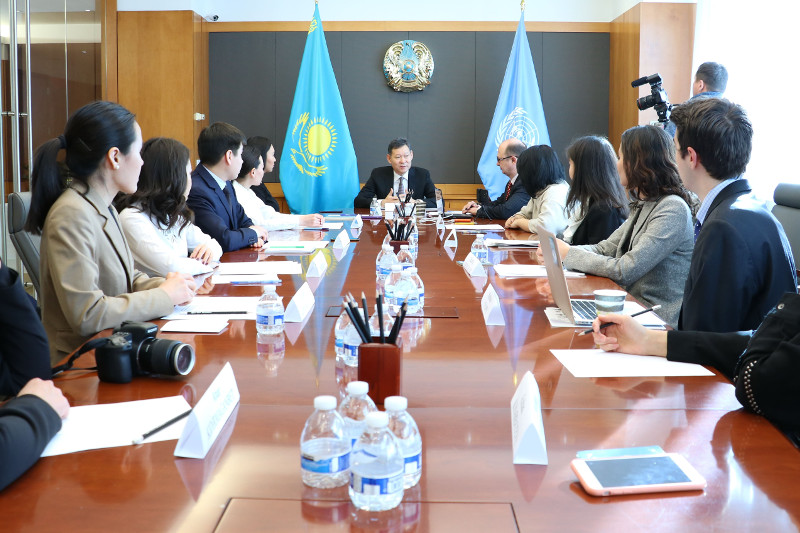 ASTANA. KAZINFORM - Last week, Master's students of Al-Farabi Kazakh State University and the Institute of Diplomacy of the Academy of Public Administration under the President of the Republic of Kazakhstan took part in a UN roundtable on the outcomes of Kazakhstan's activities in the UN Security Council, Kazinform has learnt from the Kazakh MFA's press service.

The debates were organised by the Permanent Mission of the Republic of Kazakhstan to the United Nations in New York, together with the Ban Ki-Moon Institute for Sustainable Development and the youth organisation "New Silk Way Model UN".

The main items on the round table's agenda were "the situation on the Korean Peninsula", "the problem of resolving the Syrian crisis in the context of the Astana process on Syria" and "the situation in Afghanistan". A number of Masters students presented well-researched speeches on these topics and answered questions from other participants of the discussions. During the debate, students of the Kazakh universities exchanged views on many intense crises of modern international relations and put forward ways to solve these pressing issues.

"Achievements of Kazakhstan in the Security Council became possible largely due to the widely known, landmark initiatives of the head of our state in the anti-war, anti-nuclear and anti-terrorism areas. We were highly evaluated by the Council members for our principled and balanced position on many of the most acute problems of the modern world and were able to strengthen the authority of our country in the international arena," Mr. Umarov stressed.

The Ambassador of Kazakhstan also discussed his personal two years' experience in the Security Council with the students. He spoke in detail about the organisation of the first visit of Security Council members to Afghanistan in seven years, the specificities of the chairmanship in several UNSC sanctions committees, how Kazakhstan's position was built in the face of growing tensions and lack of trust between the global powers, and about Kazakhstan's approaches to solving many of the world's most complex problems.

Director of the Global Classroom of the Earth Institute at Columbia University, Professor Rafis Abazov, and representative of the Department of Public Information of the UN Secretariat, Matthew Pampin, also took part in the discussions.

Students of the Institute of Diplomacy of the Academy of Public Administration under the President of the Republic of Kazakhstan undergo an internship at the Permanent Mission of Kazakhstan to the UN, as part of cooperation between the Academy and Kazakhstan's Ministry of Foreign Affairs. 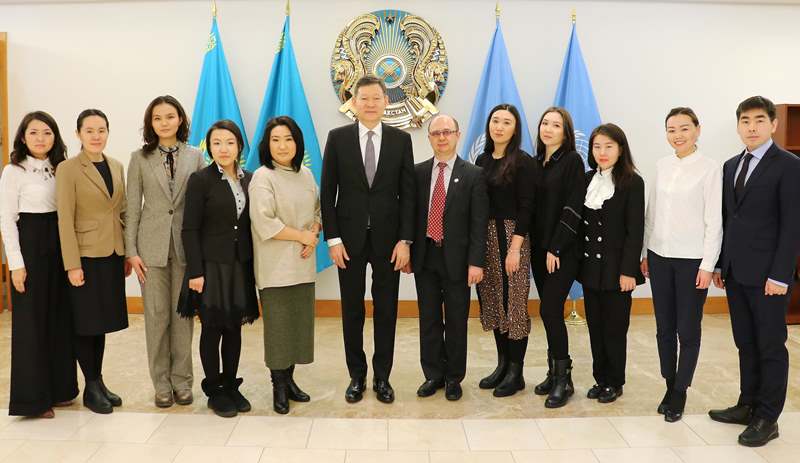